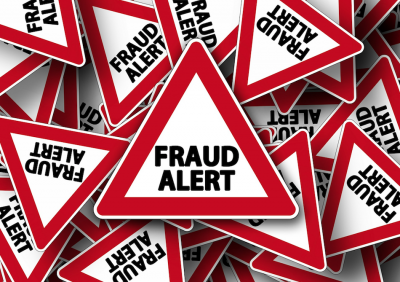 A Financial scam is committed every 15 seconds in the UK and can leave those affected in financial turmoil.

It has a devastating impact and often targets the most vulnerable people in society. Many people are left feeling socially isolated and too uncomfortable to discuss it with their friends and family.

A new scheme to target the problem, which was deemed out of control, was launched in May 2017. The Banking Protocol is a rapid response scheme and has, so far, led to 197 arrests and prevented £24 Million worth of attempted fraud.

Since March 2018, all 45 police forces across the UK have adopted the initiative. 682 emergency calls have been made and responded to, with the average prevention per call equating to £6,720.

The Banking Protocol is a ground-breaking scheme which identifies and protects potential victims of fraud when they visit a bank or building society. It is aimed at ensuring banks and police are more active in protecting customers. It is being run as a joint venture between the police, Financial Fraud Action, which represents the banks, and National Trading Standards.

All customer-facing bank staff will be told to look out for specific signs that a client may be the victim of ongoing fraud.

If they have suspicions, they are encouraged to call the police and give a special password. Branch staff, call-handlers, police and trading standards officers in each area of the country, have been trained in the Banking Protocol and the steps that need to be taken when a customer is at risk.

The scheme was introduced as a pilot in London during October 2016 and proved successful, and from March of this year police forces countrywide have started using the scheme.

In May of this year, the Banking Protocol prevented over £3 Million in fraud. In addition to detecting fraudulent activity, the scheme ensures a consistent response for victims and provides extra support to prevent them becoming a victim in the future.

“Scams and fraud do huge damage to our society, particularly people in vulnerable situations who are deliberately targeted by criminals. Scams defraud people and – in addition to the financial damage – many victims are left feeling socially isolated, often too uncomfortable to tell their friends and family what has happened. It is time that we took a stand against scams. The Banking Protocol provides a consistent approach to dealing with victims and also provides local collaborative working which should only be encouraged. The scourge of scams is a community issue and we all have our role to play. I’d encourage everyone interested in stopping scams to visit the Friends Against Scams website friendsagainstscams.org.uk and sign up to take a stand against scams”.

The finance industry is also responding to the ongoing threat of all types of fraud and scams by:

Helping to prevent customers being duped by criminals, by raising awareness of how to stay safe through the Take Five to Stop Fraud campaign, in conjunction with the home office.

If you are armed with information you are more able to detect possible fraudulent activity, protect yourself and your finances. Here are some handy tips to help you do so: