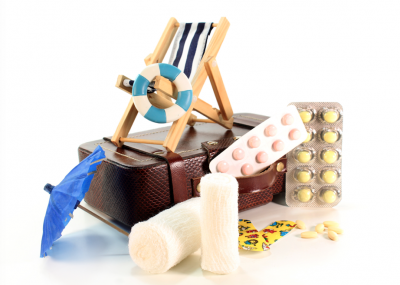 Tui is being accused of failing to inform customers of a Public Health England warning about a bug called Cyclospora, a bug that can cause severe vomiting, diarrhoea, headaches and flu like symptoms.

UK travel operators were informed that in July and August 2016 there was an outbreak of Cyclospora, and people travelling to Mexico should be informed. Despite this warning from the Association of British Travel Agents, holidaymakers claimed they were only warned about the outbreak once they had booked their holiday’s and landed in Mexico.

One of the 400 holidaymakers taking legal action against Tui, was a young couple celebrating their wedding anniversary. They say their holiday quickly became a nightmare when one of them had be hospitalised after experiencing excruciating pain and vomiting up blood because of the bug. He told the Sun newspaper: “I have never been so ill in my life. It was horrendous, the worst holiday ever. I wouldn’t wish it on my worst enemy. It was the worst I have ever felt. I have never complained in my life about a holiday but this was awful.”

Georgia Boyle visited Mexico for her honeymoon but her husband Jack was affected by the bug. She told the Sun Online: “We weren’t contacted by Tui prior to the trip or informed throughout our stay. On day two of our honeymoon my husband got extremely sick which ended up with him in a local hospital, where he had to stay in awful conditions. The after effects of our holiday have been life changing. My husband now suffers with severe irritable bowel syndrome and also has anxiety about going on holidays anywhere.”

And Joanna Hodges, booked a £5,000 trip with her husband, in the second week they both fell ill. She said: “We booked the holiday online with Tui and knew nothing about Public Health England’s warnings. I suffer from multiple sclerosis and was struggling to keep my tablets down. My husband got the sickness as well and we were both very ill. There were many others at the hotel who were sick and disappearing up to their rooms for days. It was awful.”

Tui told the Sun Online that it would be inappropriate to comment on ongoing legal proceedings, adding: “It is important to note that the number of customers who reported any sickness during their stay make up less than 1% of the total customers who stayed in these resorts during the 10-month period.”

Cyclospora is an infection of the bowel caused by a tiny parasite called Cyclospora cayetanensis. It’s usually caught from eating raw fruit and vegetables contaminated with human faeces. Symptoms usually appear about a week after catching the parasite and the most common side symptom is severe diarrhoea. Other symptoms include: loss of appetite, weight loss, stomach cramps or pain, bloating, tiredness and nausea.

Although these symptoms are unpleasant, the bug itself does not pose a serious threat to health and can be treated using antibiotics.

People travelling to developing countries are most at risk of catching this bug, especially if there is an outbreak. Most of the cases reported in England and Wales involve people who have returned from trips to: the Caribbean and Mexico, Central and South America, south and east Asia, the Middle East and Africa.

Prevention is the best cure:

The following hygiene measures will help reduce your risk of catching cyclospora when travelling to affected areas:

1. wash your hands (with soap and water) after going to the toilet
2. wash your hands before preparing or eating food
3. make sure food is steaming hot
4. avoid raw fruit and vegetables that haven’t been washed in clean water
5. only drink bottled water and avoid ice in drinks
6. beware of any product that you suspect may have been tampered with, including bottled water

What to do if you have a genuine claim for holiday sickness?