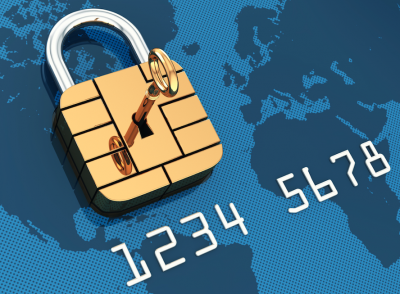 A new report states that £500 Million has been stolen from customers of British banks in the first half of 2018 alone.

Industry group UK Finance says £145 Million of the stolen amount was due to APP scams, or Authorised Push Payments. APP crime is the fastest growing type of crime and these new figures show a sharp increase in the amount stolen from 2017. In short, APP fraud is where a victim believes they are paying for a legitimate service or item and the criminal poses as a trusted third party and redirects the payment to a different account.

The report also states that £358 Million was lost to unauthorised fraud, where funds from bank accounts were taken without the account holders permission or knowledge. These cases are usually dealt with by the bank, as they are unauthorised and the bank is at fault for letting it happen. They are resolved without much disruption to the account holder. Unfortunately, for victims of APP fraud, they rarely see any of their money returned. Current legislation means the individual who incurred any losses due to APP fraud is liable as they authorised the payment themselves. This is something the Financial Conduct Authority are trying to address.

“The FCA takes push payment fraud and the harm it causes to consumers very seriously. Our proposals build on our work in this area, and seek to reduce the harm experienced by victims of push payment fraud where they believe the bank who received the money did not do enough to prevent it. We are proposing to require payment service providers to handle complaints about this in line with our complaint handling rules, and to provide the victims with access to the Financial Ombudsman Service.”

“Purchase scams”, in which people are duped into paying for products or services that do not exist, were the most prevalent form of APP fraud reported in the first six months of 2018. These scams are more common online and can include payments for cars, clothes, holidays that are never provided or delivered.

This report also highlights the issue of impersonation scams, where criminals pretend to be from your bank or the police and trick you into transferring money to them. There have been 3,866 cases of impersonation fraud this year alone. The Financial Ombudsman Service, or FOS, have highlighted the issue of fraud recently too. They have told banks to treat victims of financial fraud more fairly, instead of assuming the victim was grossly negligent and to blame.

FOS see thousands of complaints from customers, who have had money stolen from their accounts, and assesses cases where the bank and customer both say they are not responsible for the loss. The financial regulator is warning banks against assuming customers were negligent and liable for any money they lost to fraud. They want banks to consider the sophistication of scammers and the tactics they employ when investigating cases of fraud. Banks regularly claim to FOS that they are not liable for money lost, as victims acted with gross negligence. The number of cases like these FOS is investigating and the ever-changing way in which scammers operate, has prompted the watchdog to say: “There is a very high bar for being grossly negligent, and this is far more than just being careless”. If banks want to reject a fraud or scam victim’s claim, they will need to provide evidence of gross negligence, so the regulator can recreate the scene to make a fair judgement.

Despite FOS warning banks they can’t simply say every scam victim was grossly negligent to avoid paying out, they have also highlighted how customers can further protect themselves. Knowing what to be on the lookout for when it comes to scams is one of the best ways to protect yourself.