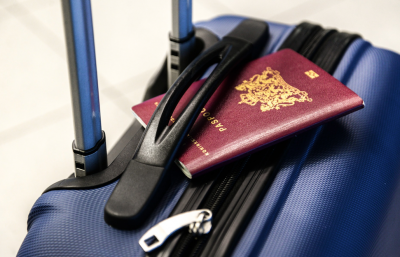 Her Majesty’s passport Office has teamed up with Action Fraud to raise awareness of the need to report lost and stolen passports. Both companies urge people to report missing passports to prevent unrecovered and unreported documents from being abused and used to commit identity crime or facilitate illegal travel across borders.

Almost 50 million people hold a UK passport of which just under 400,000 are reported lost or stolen each year. This represents less than 1% of all passports in circulation, yet despite the risks associated with lost or stolen passports, people are waiting on average 73 days before making a report. Once a passport is reported as lost or stolen, HM Passport Office cancel it, and share the information within 24 hours with the National Crime Agency to record the loss or theft on Interpol’s Stolen and Lost Travel Document database.

By sharing the details of lost or stolen passports, law enforcement agencies including border and immigration control officers are able to keep ahead of the criminals who attempt to get a UK passport illegally. This also ensures action can be taken against anyone identified as having obtained a passport by fraudulent means.

Immigration Minister, Caroline Nokes, said: “When you lose your bank card, the first thing you do is contact your bank and have it cancelled, yet people don’t treat lost or stolen passports with the same urgency. But not reporting a lost or stolen passport can have severe consequences, such as people using your identity or attempting to use your documents to try to enter the country illegally. That is why it is absolutely vital you report your lost or stolen passport immediately: to help law enforcement agencies prevent people from entering the UK illegally, and to protect yourself from becoming a victim of identity crime.”

All passports are inspected at the border, either in person by Border Force officers who are rigorously trained to prevent the holders of fraudulent documents from entering the country or through e-Passport gates which use facial recognition technology to provide identity and security checks in a matter of seconds. Between 2010 and March 2018, Border Force officers denied entry to over 144,000 people.

Director of Action Fraud, Pauline Smith, said: “I know we can all get excited about going on holiday, and it can be easy to forget to take care of your passport, but the consequences of losing your passport can be severe. Not only will you find you have to pay the costs of replacing it, you may also fall victim to identity fraud. Passports have all the information that fraudsters need to steal your identity and start setting accounts up in your name. This summer, I’m urging people to protect themselves from fraudsters by looking after their passport, so that they don’t have to worry about it falling into the hands of criminals during the holiday season. Fraud and cyber-crime is increasing and therefore there hasn’t been a more important time than now, to protect your identity from criminals.”

Immigration Enforcement also constantly monitors and identifies emerging threats in relation to the production and supply of false travel documents, including the use of the internet to facilitate the trade in passports and identity cards. A range of interventions to target the criminals involved are used by Immigration Enforcement, including prosecution of crime groups in the UK and overseas. All lost and stolen passports can be reported online, making the process quick and simple.

Every Report Matters – If you have been a victim of fraud or cyber-crime, report it to Action Fraud online or by calling 0300 123 2040.