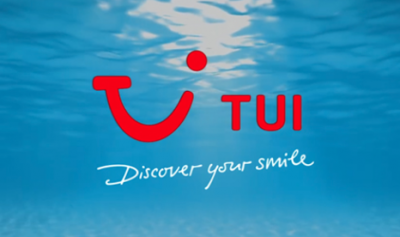 A mum who saved to take her son and mother on holiday, was left in tears by abusive hotel staff and loud building work.

Zara Charlton booked a trip through TUI travel operator for her, her son and mother to stay for a week at the Tasia Maris Gardens in Nissi Beach, Cyprus.

Ms Charlton claimed she was not informed that building work would be taking place during her stay, and that she was woken up every day at 5.30am. She complained to staff because the noise was also affecting her mother who suffered from Migraines.

Ms Charlton also said that when she complained a male staff member reduced her to tears when he rudely informed her that she did in fact know about the construction work taking place and that it wasn’t his problem that her mother was ill. She told the Sun Online: “I had also recently graduated with a business management degree so I thought it would be a nice surprise. Take my mum away for a week of relaxation. This was the holiday from hell and I’ve never cried so much in my life.”

She continued: “The building works started at 5.30am and were so loud my mum had migraines and was horrifically ill during the holiday. One staff member named Jamie was so abusive towards me in front of my son it distressed him. You could see it in his face he was distressed and throughout the holiday and to this day he still brings that man up. He says ‘I don’t like that mean man who made you cry. He scared me.”

Eventually the hotel did move them to another room which was quieter, but Ms Charlton says it was too late. She had spent £1,100 on the holiday but had to spend another £700 leaving the resort to try and make the most of their time.

She added: “There were so many people there that we spoke to who also said that they weren’t aware of the building works. The holiday was ruined, and it got worse and worse and worse. My mum was horrifically ill during the holiday. 90 per cent of the time we left the hotel to get away from the building works. We spent £700 during the day to be out of there. When I complained to TUI about that man they offered me a £100 for how the staff member spoke to me, which I don’t think covers it. I will never ever book with that company again.”

A TUI spokesperson told The Sun Online: “We are sorry to hear Ms Charlton was unhappy with her holiday experience. We can confirm that we notified all customers prior to travel about the nearby building work, in both the booking process and in the booking confirmation. We fully supported in resort and moved the customers to a quieter room. Since their return home we have also spoken with them and offered a gesture of goodwill.”