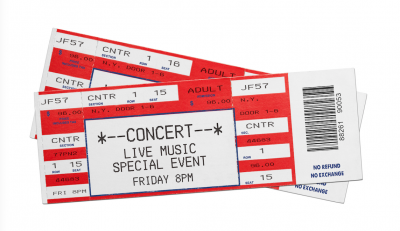 An Instagram influencer, turned prolific online ticket scammer, has plead guilty to ripping off over 100 people, will face further charges.

Hannah Valentine, 19, used her online profiles to con concert goers out of $10,000. In November last year, police were alerted after a string of complaints from people saying they had been conned after paying for non-existent concert tickets. She used various fake names on Facebook and Gumtree to remain undetected, however, after police launched an investigation, they found she had been running the fake ticket sales operation, since November 2017.

Police found that she had created advertisements on Gumtree and Facebook or used the same sites asking for tickets. After receiving money from victims, via direct money transfer into her multiple bank accounts. Victims either didn’t receive the tickets or were sent invalid tickets.

A spokesperson for the Police said: “Ticket scams are becoming more of a concern. We would strongly recommend if people are looking to purchase tickets to events online that they do so through authorised ticket sellers or secondary ticket resellers due to the risk of being scammed through direct individual sales. If people do make the decision to look to purchase tickets through sites such as Facebook Marketplace or Gumtree, it would be highly recommended to look further into the people/accounts prior to conducting any purchase. Warning signs to look for include accounts that have been recently created or accounts with limited photos or posts.”

More Than £3 million lost to ticket fraud every year!

Ticket fraud has been rising every year and according to Action Fraud, the reporting service received 6,486 reports between 1 April 2017 and 31 March 2018. In the same period, the total reported losses to victims were £3,344,835, an average of £568 per victim.

Fraudsters will pose as a website or agent for a music concert or festival, a sporting contest such as the World Cup, or a live comedian or performer. Victims will purchase tickets that either don’t arrive or turn out to be fake.

How can I protect myself?

1.Only buy tickets from the venue’s box office, the promoter, an official agent or a well-known and reputable ticket exchange site.

2. Should you choose to buy tickets from an individual (for example via an online auction site or social media), you should pay using a secure payment service. Avoid making payments through bank transfer or money transfer services, as the payment may not be recoverable.

3. Paying for your tickets by credit card will offer increased protection over other payments methods, such as debit card, cash, or money transfer services.

2. Fraudsters create fake websites with URLs similar to that of a genuine site, so double check the web address to make sure you’re on the correct website. Any webpages you enter personal or financial details into should start with ‘https’ and display a locked padlock icon in the address bar.

3. Is the vendor a member of Society of Ticket Agents and Retailers (STAR)? If they are, you’re buying from a company that has signed up to their strict governing standards. STAR also offers a service to help customers with outstanding complaints.

Director of Action Fraud, Pauline Smith, said: “Criminals are taking advantage of people’s desire to buy tickets for popular concerts and sporting events, which are often sold out. This is why it’s so important that people are vigilant and aware that there are fraudsters all over the globe trying to make money out of innocent victims. To avoid disappointment, always buy tickets from an official event organiser or website and if you are tempted to buy from a secondary ticket source, always research the company or the person online before making the purchase. If you think you have been a victim of ticket fraud, report it to Action Fraud.”