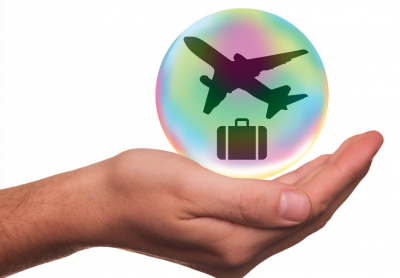 A foster carer on holiday in Turkey and his family face a huge medical bill after he was taken ill in Marmaris, and the insurer is refusing to pay out.

David Poole, 64, was taken ill on holiday when he was 25 percent over the UK limit, even though he wasn’t driving when the accident happened. Mr Poole has been placed in intensive care after he suffered a brain haemorrhage, his family say they could be hit with a life changing bill for his care because of the amount of alcohol in his system at the time of the accident.

His son told Birmingham Live, that insurer’s had an issue with his father being around 25 percent over the UK limit, even though he was not driving at the time the accident happened. The insurer, Rock, then informed the family that they would not pay costs for his care or an air ambulance flight to get him back home. His son, who flew to Turkey to be by his father’s side, says he is “appalled” over the insurers move.

He told Birmingham Live: “This shows a distinct lack of compassion or common sense. My father has a bleed on the brain. All the doctors we spoke to didn’t know if this was the cause of, or a result of, the fall. In what is a particularly stressful time for our family, we are having the unnecessary complication of dealing with financial concerns that should be covered by travel insurance. The intensions of my family are to appeal proceedings immediately.”

Mr Poole’s family are still unaware of the true costs involved with his treatment. It was unclear when exactly he fell, but his wife says it may have taken place as he walked on a promenade. He was transferred from a state hospital to a centre with a specialist neurologist when a CT scan revealed he had suffered a brain haemorrhage.