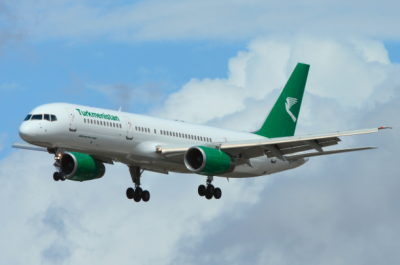 The airline operated a major air route between Birmingham and India, but that was abruptly cancelled, after the carrier was placed on a European blacklist. The Foreign Office released a statement saying that the airline has been banned from flying to or from the EU on safety grounds.

Thousands of passengers faced disruption when the airline suddenly grounded all flights, up to 5,000 British passengers have been stranded in India and have been forced to find alternative flights home.

The airline released a statement on their website stating that the airline were not covered by the Civil Aviation Authority’s ATOL protection scheme: “If you booked directly with Turkmenistan Airlines and paid by credit card you may be protected under Section 75 of the Consumer Credit Act 1974 and should contact your card issuer for further information. Similarly, if you paid by debit or charge card you should contact your card issuer for advice as you may be able to make a claim under their charge back rules.”

A spokesperson for the Civil Aviation Authority said: “Following the decision on 4 February 2018, by the European Aviation Safety Agency to suspend permission for Turkmenistan Airlines to operate services to the European Union, Turkmenistan Airline flights from Birmingham and Heathrow to Amitstar, and Heathrow to New Delhi – which fly via Ashgabat – are suspended with immediate effect. The UK Civil Aviation Authority is required under European law to withdraw Turkmenistan Airlines permit to operate to the UK pending EASA’s restoration of their approval that it meets international air safety standards.”

How can passengers get their money back?

Turkmenistan Airlines is not ATOL protected, however, if you booked through a travel agent which is ATOL-protected, you may be able to claim compensation through them.

Alternatively, if you have travel insurance, check to see if it covers insolvency, you may be able to claim from your insurance company.

If you have paid over £100 on credit card for you flight, you may be able to claim your money back under Section 75 of the Consumer Credit Act 1974.

How to find out if your flight is cancelled

There is no definitive list of the cancelled flights, but if yours has been cancelled then you should have received an email and/or text message to the address and number provided when booking. So check your emails and texts, and if someone else booked your trip then get them to have a look.

If you have not received any communication then your flight should be fine, but if you want to double check then you can check with the airlines live flight info here.

For anyone who is on holiday when their flight is cancelled, your airline should be providing hotels and meals until alternate flights can be sorted out. It may be that the airline have to book customers onto flights with other airlines if none of their own are available.