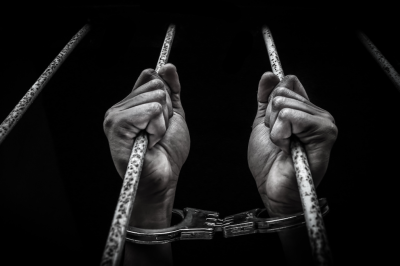 An American telemarketer wanted in the US for allegedly committing $6 Million worth of fraud, has been caught, after 6 years on the run.

Wire fraud is a crime in which a person concocts a scheme to defraud or obtain money based on false representation or promises. This criminal act is committed using electronic communications or an interstate communications facility. It can also carry hefty fines and long custodial sentences in the US, where this type of crime is treated very seriously.

During his six years ‘on the run’ in the Philippines, Gonzales had managed to carve himself out a mediocre career in television and film playing bit roles. In a television interview, he admitted he had a case pending in the US, but denied the allegation of domestic violence.

Gonzales, had been wanted in the US since 2011 for his role in a massive telemarketing scheme, which defrauded consumers throughout the United States and Canada. Along with five others, Gonzales worked as a telemarketer for a company named National Solutions, located in Orlando, Florida.

Telemarketers for National Solutions placed cold calls to timeshare owners and falsely represented that their company had actual buyers for the owners’ timeshare property. The company solicited advanced fees of up to several thousand dollars from each victim, in purported closing costs that were to be refunded to the owner at closing. Many timeshare owners were told that their closings would occur within a matter of days.

Despite collecting fees from these victims, the National Solutions companies were not successful in selling a single timeshare unit and, indeed, made little effort even to market the properties for sale. All advance fees collected were pocketed by the telemarketers.

Participation in the scheme began in April 2008 and continued through July 13, 2011, when the Federal Trade Commission raided the businesses. Timeshare owners across the country were scammed by the National Solutions businesses to the tune of more than $6 million.

Gonzales will now be turned over to the Bureau of Immigration for deportation and turnover to US authorities. He will now finally face the charges he has managed to evade for so long.