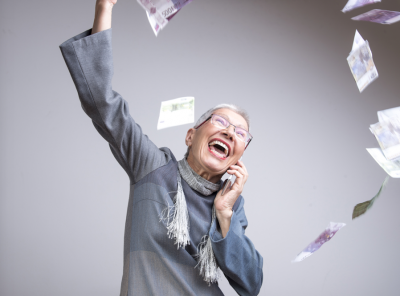 Here at Mercantile Claims, we have the pleasure of helping many clients reclaim money for contracts that were mis-sold to them and, today, we are delighted to announce yet another successful claim for compensation for one of our clients, who have received a settlement of over £11,000.

People who enter into timeshare agreements often find it difficult to keep up with the mounting maintenance fees and cannot afford it any longer. They can also find that their timeshare no longer suits their needs and simply want an end to the burden.

To make matters worse, owners find they are also targeted by ruthless timeshare exit companies, who exploit people who are desperate to end their nightmare timeshare experiences.

Our clients first entered into their timeshare contract with Island Village, Tenerife in 1995. During the following years, they had made many upgrades and changes to their membership, but had, nevertheless, enjoyed their two units every year. They owned two separate timeshares, one in January and one in April. However, as they were approaching retirement, they wanted greater flexibility in where they could enjoy their holidays. This, along with the mounting maintenance fees, which had reached nearly £1,000 for each unit, made them look into terminating their contract with the resort.

Whilst on holiday in Tenerife in 2010, our clients were approached by a sales agent, who asked them if they would like to be free from their timeshare. All they had to do was attend a short presentation to explain how. Intrigued, they attended the meeting and after a full day of hard selling left convinced they had entered into a reasonable deal with a timeshare exit company, that would free them from their 2 timeshare units but also provide them with future holidays at heavily discounted rates.

It wasn’t until some months later, when they had returned from their holiday, that they learnt the contract they had entered into was fraudulent and worthless. In fact they had been the victims of an elaborate scheme to con timeshare owners out of thousands of pounds. This rogue timeshare exit company made no attempt to compensate our clients for inconvenience or lack of promised services whatsoever. Eventually, they approached Mercantile Claims, who have had a successful claim for a mis-sold contract, and our clients have received all of their money back plus interest. When asked about the service they received, they said: “We are very grateful for the work Mercantile Claims have done for us, being pensioners we are very happy to have received our money back.”

The mis-selling of holiday products is, unfortunately, common practice within the timeshare industry. There are too many fraudulent companies who are willing to take advantage of timeshare owners and offer fake products, along with timeshare exit schemes. Before agreeing to any timeshare termination or exit procedure with an individual or company, seek independent advice and fully research any company you are thinking of working with.