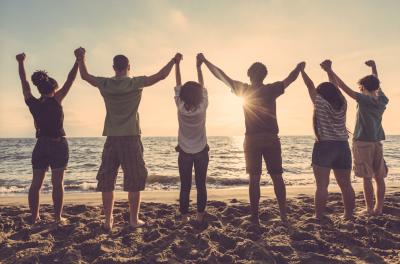 We are delighted to be able to share with you another successful claim and timeshare termination for one of the thousands of clients we have helped already.

Today’s case started back in 2016 when our clients attended a free weekend break that was offered to them to discuss the termination of their timeshare burden. They had owned a timeshare for approximately 15 years and had enjoyed using it over the years. However, as is the case with too many timeshare owners, their children had grown up and were holidaying separately, and the cost of the rising maintenance fees simply became unaffordable.

They approached the resort directly, to seek an exit from their timeshare. Unsurprisingly, the resort was less than helpful and simply tried to sell them a new holidays points package, which would of cost them an additional £10,000. So when they were contacted by a company, who represented themselves as ‘legal professionals’ were keen to find out how they could help.

After having enjoyed their free night at a country hotel, they were picked up and taken to an office where they were forced to sit through a four hour presentation. In fact, they were quite horrified to learn that they were not talking with legal representatives but what seemed to be ex timeshare sales reps. They were offered a membership package which would entitle them to discounted holidays, flights and car rentals alongside the timeshare termination.

Reluctantly, our clients signed up to the contract, which cost them a staggering £8,500. However, they were keen to use some of the benefits they were promised with their new membership and happy to know they were free from their timeshare burden. It wasn’t until some months later, when in the summer, they attempted to book a short break through the company, that the problems began. Firstly, they were unable to book any of the dates they wanted and when they searched the internet themselves found they could find the exact same deal at a lower cost.

When they attempted to contact the company and complain, they were simply told they should purchase a new membership and this would give them better deals. Unhappy with this, our clients continued to complain but were met with less than helpful responses. Eventually, our clients were recommended the services of Mercantile Claims and happily, we can say that we have been able to reclaim all of their money and terminate their timeshare.