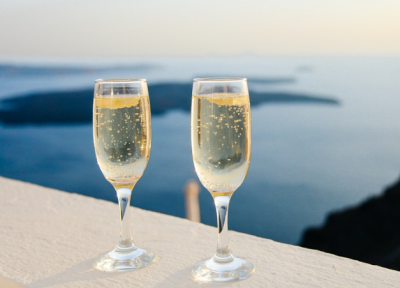 Have you ever been lured into a timeshare presentation with the promise of a free gift? Perhaps the latest iPad, a free weekend away or even a fancy meal at a posh restaurant? Well you would not be alone; thousands of people attend timeshare presentations every year not fully knowing what to expect and certainly not knowing that this free gift comes with strings attached.

This begins the start of a journey most timeshare owners are desperate to end and will more than likely leave them wishing they had never heard of a timeshare, let alone been persuaded to purchasing one. The sad fact is that once you have been lured into a timeshare presentation, most people don’t make it out empty handed, after hours and hours of relentless hard sell tactics the majority of people will leave having signed up to a lengthy timeshare agreement they never intended to purchase and will probably never benefit from.

As absurd as it sounds, this is not uncommon and after perhaps a few visits to a new resort, most owners find their timeshare leaves a lot to be desired and does not live up to the hype and promises made by the salesperson and is in no way value for money. In addition to this, most timeshare owners will find that once they enter the world of timeshare, they will be subjected to countless attempts to upsell them additional holiday products.

This is exactly what happened to our clients, who back in 2010 attended a presentation when they visited a resort in Tenerife. They were approached by a sales agent whilst checking into the hotel and explained if they attended a short presentation, they would learn all about how they could maximise their holiday experience.  What they did not expect was what happened next.

During this meeting, which instead of lasting 90 minutes as explained by the sales agent, it started in the morning and lasted all day and well into the evening. During this time, to their surprise, were forced to endure an extremely high-pressured presentation about the benefits of purchasing a long-term holiday product. This product was described to our clients as a profitable investment for the future. Our clients resisted the sales pitch, explaining that they did not wish to purchase any holiday products as they did not think they could benefit from it and they were happy with their current agreement.

The sales agent would not take no for an answer, explaining that the current timeshare they had was not good value for money and they had not been given a good deal. The sales agent stated that if they decided to enter into an agreement with his resort their current contract would be terminated and instead they would own a property at the new resort which they could sell at a later date and make a profit. After hours of hard selling our clients agreed to sign up on the basis that their previous agreement would be terminated and the new contract would net them a substantial profit in the future.

In 2013, our clients visited their resort and again were invited to attend a short member update meeting. During this meeting they explained to the sales agent how they were concerned and dissatisfied with the fact that they had not seen any return on their investment so far and in fact they were struggling to pay the rising maintenance fees which were putting them under financial stress. The sales agent explained that the sales were due to go ahead and were delayed due to unforeseen circumstances, but the sales were still due to go ahead. Feeling as if they had no other choice, our clients resigned themselves to the fact that a sale may take some time, but one would go ahead at some point.

The next time our clients visited the resort they were told that the properties had not been sold and were unlikely to be as the resales department had been shut down and were no longer going ahead through the resort, instead a third party had been instructed to deal with resales. Incredibly the sales agent attempted to sell our clients additional timeshare units, despite giving them the devastating news that they could not honour what they had previously promised. Our clients explained that they were in no position to purchase any more timeshares from the resort and they wanted to terminate the contract as they were struggling to keep up with the finance repayments and maintenance fees. The agent explained that the only way to end the agreement was to sell the timeshare they already owned, but this meant entering into a new agreement for an additional cost.

It was after this last visit our clients decided to seek outside assistance and were introduced to Mercantile Claims. Our highly experienced legal team were able to successfully argue that the timeshare agreement was mis-sold to our clients and has caused them years of stress and financial hardship. Thankfully, we have been able to claim back the money they lost due the fraudulent practices of this timeshare resort and their unfair and mis-leading sales practices.

The mis-selling of holiday products is, unfortunately, common practice within the holiday industry and these types of crimes often go unreported by the most vulnerable in our society and criminal convictions are few and far between. People who enter into timeshare agreements often find it difficult to keep up with the mounting maintenance fees and simply cannot afford it any longer. They may also find that the timeshare no longer suits their needs and simply want to end the contract. There are too many individuals who are willing to take advantage of timeshare owners and offer fake products, along with timeshare exit schemes. Before agreeing to any timeshare termination or exit procedure with an individual or company, seek independent advice and fully research any company you are thinking of working with. If you have purchased a Lifestyle / Concierge Service, a timeshare or a ‘holiday points’ based product from a resort or company and feel unhappy with the service, or feel you have been mis-sold this product, please get in touch with us to discuss how we may be able to help you with a possible Money Back Claim.