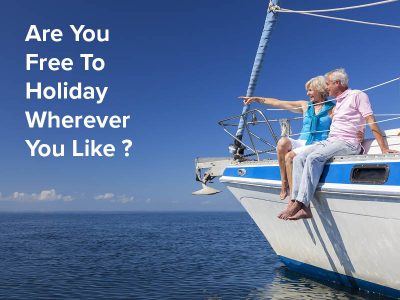 Mercantile Claims are proud to have helped thousands of satisfied clients reclaim money for mis-sold timeshares and finally be free from the burden of timeshare. It is especially rewarding helping clients where they have been scammed by rogue timeshare exit companies who often prey on vulnerable people who are desperate to be rid of their timeshares and pay large sums of money for fake services.

That is exactly what happened to our clients, who in 2016 were persuaded to attend a lifestyle and concierge presentation. They were persuaded to go as they were interested in how this company would be able to get them out of their timeshare, something they promised they would be able to do. What they did not expect was to be forced to endure a full day of high-pressure sales. They did not realise that what they were being presented with was the opportunity to purchase a concierge and lifestyle package which would cost them £10,000. This package would entitle them to significant savings on everyday purchases, such as utility bills, phone contracts, discounted holidays and flights, even exclusive offers on car deals.

After hours of hard selling our clients informed the sales agent that they could not possibly afford to pay £10,000 so the agent agreed to lower the price to just under £7,000, but they had to sign up right there and then. After enduring hours of hard sell tactics for hours on end and feeling worn down and exhausted, our clients agreed to the reduced purchase price and signed up there and then.

A few months later our clients contacted the company as they were worried, they had not had any information about their timeshare termination, which was one of the services that was included as part of the package. The agent they spoke with ensured our clients that this was underway, and they simply had to be patient. Our clients were worried that they had been fobbed off and decided to do a bit of digging themselves. They were shocked when they discovered several people had complained about this company and in fact they were being investigated for fraud. They became incredibly worried at this point that they had been the victim of a scam and called the company once more to demand answers. Instead of offering to return our clients’ money the person on the other end of the phone simply fobbed them off and again told them to be patient. It was at this point they decided to seek outside advice and contacted our team here at Mercantile Claims. After investigating their case we can say they were in fact victims of a fraud and the company they solicited for help simply took their money and failed to perform any of the service they promised. Fortunately for our clients we have been able to reclaim this money for them plus interest.

This type of fraud is incredibly common and often timeshare owners are targeted and preyed upon by unscrupulous individuals who know timeshare owners are often desperate to be free from the burden of ownership. If you or anyone you know has been a victim of a similar type of fraud, all is not lost, and you too could still make a claim to get your money back. Mercantile Claims are experts in dealing with these types of claims and have a great deal of success, we have helped thousands of people reclaim money for mis-sold financial products, timeshares and holiday products. If you feel you could make a claim, do not delay and get in touch with us to see if you could make a claim.