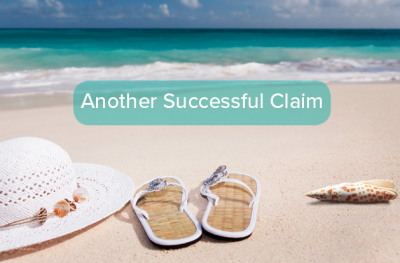 Mercantile Claims has the pleasure of helping many clients reclaim money for contracts that have been mis-sold to them. Today we are delighted to announce yet another successful claim for compensation for one of our clients, who have a settlement of over £9,000.

People who enter into timeshare agreements often find it difficult to keep up with the mounting maintenance fees and cannot afford it any longer. They can also find that their timeshare no longer suits their needs and simply want an end to the burden. To make matters worse, owners find they are also targeted by ruthless timeshare exit companies, who exploit people who are desperate to end their nightmare timeshare experiences.

Our clients first purchased their timeshare in 1999 through Diamond resorts. They had enjoyed many good holidays with Diamond and had increased their membership level over the years and were now Diamond level owners. By the time they were approaching retirement they felt their maintenance fees were out of hand as they were now being charged just under £2,000 a year. They realised that it would be cheaper for them to book their own holidays then continue to go through Diamond. They also found it increasingly difficult to book at certain resorts they wanted to visit and felt like they had to compromise every time they booked a holiday. They also felt that although the facilities were good, they were ‘paying through the nose for them’. In addition to these issues, they were growing tired of the continuous attempts of the resort to lure them to further presentations. They were asked to attend a presentation every time they visited a resort and told they could only receive special discounts and offers if they attended.

So when they were approached by a timeshare termination company based in Tenerife, they were interested to find out how they could help get them out of their timeshare burden. They attended a presentation in Tenerife, and were forced to endure a half-day sales pitch selling a lifestyle and concierge package. The package cost them over £9,000 but our clients were convinced this would relinquish their Diamond membership and also provide them with other benefits.

All of these promises turned out to be untrue and our clients learned that the contract they had entered into was fraudulent and worthless. In fact they had been the victims of an elaborate scheme to con timeshare owners out of thousands of pounds. This rogue timeshare exit company made no attempt to compensate our clients for inconvenience or lack of promised services whatsoever. Eventually, they approached Mercantile Claims, who have had a successful claim for a mis-sold contract, and our clients have received all of their money back.

The mis-selling of holiday products is, unfortunately, common practice within the timeshare industry. There are too many fraudulent companies who are willing to take advantage of timeshare owners and offer fake products, along with timeshare exit schemes. Before agreeing to any timeshare termination or exit procedure with an individual or company, seek independent advice and fully research any company you are thinking of working with.