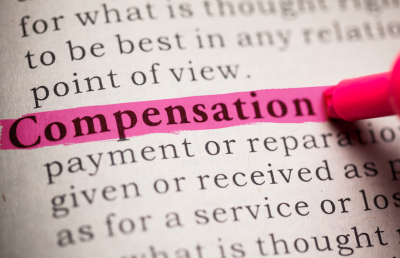 Over the years we have seen some laws passed in an attempt to provide timeshare owners recompense from the immoral practices of timeshare companies. We at Mercantile Claims have the pleasure of helping clients end their nightmare timeshare experiences and reclaim money for contracts that were mis-sold to them. It is extremely rewarding to be able to help so many clients, who, more often than not, have been through years of financial hardship, worry and stress.

Today, we have the pleasure of sharing with you another successful claim for compensation. Our clients finally have an end to their timeshare trauma and have received a settlement of £11,500.

Our clients originally purchased their timeshare back in 2003 with Infiniti and travelled to some stunning resorts over the years. They enjoyed holidays in the US and Europe and have some fond memories from their timeshare days. It wasn’t until some years later that they noticed their timeshare experience was starting to change into something they had not signed up for. Infiniti were taken over by another company and, as is often the case, the maintenance fees spiralled because of this.

By 2010, their maintenance fees had risen from £400 to over £900 a year. In addition to this, they found that booking their holidays was becoming increasingly difficult. They could not understand why they were unable to book the dates they wanted, in the location they intended to visit, when this is what they were originally promised by the resort. The resort simply said that they would have to book earlier, but when our clients looked online, there were plenty of rooms available when they wanted to holiday. It was because of this and the ‘In Perpetuity’ clause in the contract that they decided they wanted out of their timeshare.

They approached their timeshare resort and were told the only way they could end their agreement was to enter a new 5 year contract, for a large fee of course. They were promised, that at the end of this 5 year term, they would be free from their timeshare.  As they felt they had no other choice, they decided this was the best option for them and so they signed their new agreement.

It was a few years later and following a few enjoyable holidays under their new contract, that they were contacted out of the blue by a timeshare exit company. They didn’t know how this company had obtained their information, but the salesperson was very convincing and seemed to know a lot about their resort. They explained to our clients how this new agreement they had entered into was essentially worthless and the resort would, in no way, honour the contract and they would still be stuck with the in perpetuity clause. Our clients were understandably concerned by this and agreed to attend a free weekend in Scotland to meet with the timeshare exit company.

This exit company were extremely professional, they provided our clients with lovely accommodation in Scotland and even picked them up in a car to take them for their meeting. That meeting lasted an entire day and, by the end of it, our clients had been convinced that the only way to end their timeshare was to sign up to their exit services and pay a huge fee to them. They were, however, confident at this point that the exit company were going to do what they had promised.

A year down the line and the exit company contacted our clients again, offering them a trip to Tenerife if they attended a short meeting. Our clients agreed, but made it clear they would not be handing over anymore money to them. The exit company explained that the holiday was a gift and not a sales presentation. Despite this, they did indeed try to sell our clients another product and, after a full day of high-pressure sales tactics, our clients reluctantly handed over a deposit. The next day, on reflection, our clients realised they had made a huge mistake and contacted the sales rep to cancel their purchase and get their deposit back. The sales rep told them they did not have a refund policy, and there was no cooling off period! Once they arrived home, our clients decided to have no further contact with this fraudulent company and contacted Mercantile Claims to help.

Thanks to the intervention of Mercantile Claims, our clients now have an end to their timeshare burden and a successful claim for compensation against the fraudulent timeshare exit company.