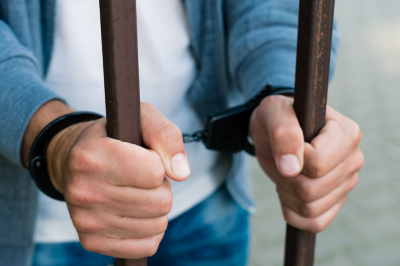 Naif Nazer from California pleaded guilty in June and now a judge in Florida has sentenced him to serve 30 months in federal prison for conspiracy to commit mail and wire fraud. The case follows an investigation by the US Postal Inspection Service and the Florida Department of Agriculture and Consumer Services. After receiving complaints from victims, the authorities began to investigate Nazer and the 10 different businesses he owned and ran. They found that, between 2011 and 2015, these businesses, registered in five different states, operated a cold-calling scheme that targeted timeshare owners from across the US. Nazer, and others who worked for him, fraudulently claimed to owners that they had buyers ready to purchase their timeshares and that they would facilitate the sale for a handling fee. They promised owners that, if they should fail to complete the sale within a specified time period, they would refund the advance fee.

According to the investigators, none of the 10 companies ran by Nazer actually sold any of the timeshares as promised and none of the victims ever received a refund of fees. Nazer was originally arrested in March in California, but was subsequently sent to Florida where the charges against him had been filed. He had two passports in his possession, one issued by the United States and one from Saudi Arabia.

Many timeshare owners are eager, and sometimes even desperate, to end their timeshare contracts. Some people are so keen to end their nightmare timeshare experiences, that they will take up any offer to resell it or terminate their contract. The problem is that more often than not there are too many individuals running fraudulent companies looking to take advantage of desperate timeshare owners. Victims of these scams can end up thousands of pounds out of pocket.

How does a timeshare resale scam work?

A company may contact you out of the blue, but you have to be especially cautious when you receive unsolicited phone calls from timeshare exit companies. Under new EU regulations, it is now illegal to cold-call people unless they have specifically agreed to being contacted. Any legitimate company would not willingly break the law in this way and risk the financial penalties in doing so. How did they obtain your information without you giving to them? It was probably sold to them in an illegal manner, they will know all about your previous investments and your personal details, this gives them credibility when trying to sell their fraudulent services.

They make claims that sound too good to be true, unfortunately they are. Anyone who claims to be able to re-sell your timeshare within a specified time period, or who has buyer lined up, is probably lying. The timeshare re-sale market is completely saturated and even if you do manage to make a sale, it will be nowhere near the price you originally paid for it.

They request upfront fees, they will ask for fees to be paid via a credit card, bank transfer or cheque. These fees are requested to cover registration fees, taxes or closing costs. Fraudsters may initially ask for a small fee but rely on the victims seeing this as a nominal amount worth paying if it facilitates the sale of the timeshare. Once paid, various excuses are made by the fraudsters to explain why the timeshare has not been sold yet. Subsequently, further larger amounts are then requested by the fraudsters. Needless to say, no sales ever materialise and no money is ever refunded.

Protect yourself from timeshare fraud.

Always check that the details of the organisation or company contacting you, such as the website, address and phone number, are correct as the fraudsters may be posing as a legitimate organisation.

Challenge all calls, letters or emails from people or organisations you don’t know or you have never contacted before. Ask how they have obtained your details and make a note of the call.

If you have been a victim to fraud in the past, seek independent advise before engaging with any organisation that is offering to help you. Callous fraudsters will often attempt to defraud people who have already fallen victim to fraud by offering to return what the victim has already lost.