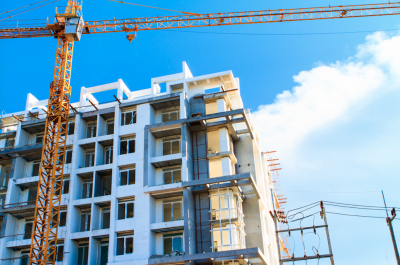 One Family’s Dream holiday turns into a nightmare when they arrived at building site hotel.
A family who spent £7,000 on a dream holiday, say TUI sent them to a half-built hotel, builders working throughout the entire stay, a stink of sewage and the food which was served raw. The family of six booked a stay at The Hotel Village Montenegro after it was recommended to them by staff in their local TUI branch.

Joanne and Kevin Humphreys visited their local TUI branch in Basildon where they were impressed with a brand new all-inclusive 4-star hotel. The Holiday Village Montenegro was still in the process of being built when they booked, but the family were promised it would be completed in time and were impressed with the facilities on offer. The hotel was due to be complete in May, a whole month before the family would arrive.

Joanne told the Sun online: “It looked amazing and the TUI branch staff spoke so highly of the hotel. We were all really looking forward to it, especially our children. It had everything we’d want in a holiday, bars, restaurants, a spa, gym and adult only pool areas. We thought TUI was a reputable company so we trusted everything would be as they described. To say it was a nightmare would be an understatement.”

When the family arrived in Montenegro they were greeted with the smell of sewage and what can only be described as a construction site. Joanne said: “We stepped off the transfer bus to be greeted by the stench of sewage and building noise. The closer we got to the resort reception, the more we saw construction workers walking around with wheelbarrows. TUI reps met us at reception and we were taken to what was supposed to be a deluxe suite. On the way, we came across half complete stairs, loose paving slabs and dust everywhere.”

The family complained to the hotel manager who showed them around different rooms, however none of these were suitable. Eventually hotel staff agreed to clean their original room, but the family say things only started to get worse. The room conditions were not that of a 4-star hotel and the family say that things were incomplete or not working at all. Joanne said: “Everything kept falling apart. The soap dispenser in the shower was not fully secured and kept coming off and the shower floor tiles were uneven. It was a disaster waiting to happen. We got to the point where there wasn’t a single day where something hadn’t gone wrong. The bedroom door didn’t close properly and, on a few occasions, the safe would not open before we were due to go out. The key cards to our room were faulty and almost every night we had to go to reception to get this rectified.”

When booking the hotel TUI told the family there would be three a la carte restaurants and a buffet available with their all-inclusive package. However, when they went to visit one of these restaurants, they were told by hotel staff that only the Buffet was available. The Italian restaurant did open halfway through the family’s stay, but they were unable to get a table, the family were forced to put up with what was on offer.

The problems didn’t stop there, the family then went on to describe how the buffet was extremely poor, limited and raw food was being served which made them sick. At one point one of the children even found a piece of glass in their chocolate pudding.

Despite the family’s continuous complaints to TUI reps on a daily basis, upon arriving home they were not contacted by TUI to discuss their experience. So, the family made a formal complaint to TUI. In response TUI offered the family a holiday voucher to spend with TUI for £1,025. The family were so shocked by this mediocre gesture that they contacted head office only to be met by rude and unhelpful staff.

In response to the family’s claims a spokesperson for Tui told The Sun: “We are very sorry to hear of Ms Humphreys and her family’s experience in Montenegro. As this is now a legal matter, it would be inappropriate to comment further.”