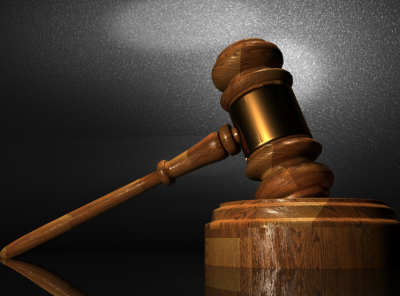 The Attorney General for Arkansas is suing a company that promised to get people out of their timeshares but failed to deliver.

The company based in Missouri has been targeting timeshare owners all over the US, but officials in Arkansas say they will no longer tolerate their residents being ripped off by unscrupulous individuals.

The company and its owners market themselves as legitimate legally trained business that provide services to timeshare owners, who want to get out of their timeshare obligations. Not unsimilar to other fraudulent timeshare exit companies, they also sell memberships to vacation travel clubs.  These vacation travel clubs often are very highly priced, offer little to no benefits and the consumer can usually find better deals available online.

After a series of complaints to the Better Business Bureau, the US equivalent to Action Fraud, the Attorney General has now filed the lawsuit against the company accusing them of failing to sell or transfer clients timeshare properties, failing to activate clients memberships into travel clubs and also failing to honour the mandatory 3 day cancellation policy. In fact timeshare owners have alleged the company simply took their money and when they called to cancel, within this cancellation period, the company refused to give the money back.

In a press release, Attorney General Leslie Rutledge said: “This company preyed on consumers who ere desperate to get rid of timeshares that they no longer wanted or could not afford. Sadly good people were left with unwanted timeshares and thousands of dollars in fees for services not provided.”

She is asking the court to impose civil penalties on the company and award compensation and legal fees to the timeshare owners who paid money to the company. She has also asked that the individuals who operate the scam be banned from engaging in the timeshare industry in the state of Arkansas.

Why are there so many Fraudulent Timeshare Companies?

At some point, many owners will regret ever hearing the word timeshare. Like many of the other 20 million timeshare owners, who have been lured to a sales presentation with the promise of free meals or gifts, find themselves leaving with much more than they bargained for. Newly signed up timeshare owners often leave feeling regretful after making a choice they didn’t intend to make or were persuaded to decide on something they weren’t ready for, committed to, or were intimidated into going along with. In fact, it probably wouldn’t surprise you to learn that a recent study carried out by the University Of Central Florida, learned that a whopping 85% of those who buy timeshare, regret their decision.

The vast majority of timeshare owners claim they never would have made the purchase if they knew exactly what it entailed. However, getting out of a timeshare contract is nearly impossible as resorts are desperate to hang on to their members and the annual maintenance fees they charge them. The reluctance of timeshare resorts to provide viable exit strategies to their clients, has made it easy for fraudulent companies and individuals to operate and take advantage of desperate owners.