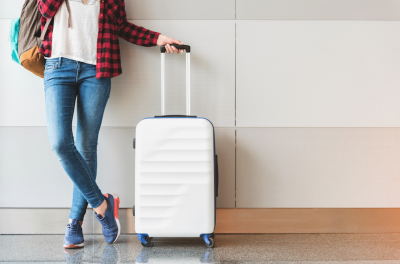 UK holidaymakers lost more than £7 million to fake sites and fraud in 2018.

It’s that time of year again and after the unusually wet few weeks the UK has had, many of us will be looking to escape to some guaranteed sunshine during the summer holidays. But industry experts are warning everyone to look out for online scams and fake websites.

Fraudsters stole more than £7 million holidaymakers in 2018 according to ABTA and Action Fraud. More than 5,000 people reported being scammed in the last year, with an average financial loss of £1,380 per person. Figures have increased from 2017 with 4,382 victims lose a total of £6.7 million.

ABTA Chief executive Mark Tanzer told the Guardian: “Fraudsters are using increasingly sophisticated methods to target destinations and times of year when demand is high and availability limited, as they know people will be looking for good deals. As victims often find out just before they travel or even in-resort that they have been defrauded, it can then be difficult and expensive to obtain a legitimate replacement booking.”

If you are planning on booking a holiday online, approximately four in five people in the UK now do, ABTA and Action fraud are giving advice on the most common scams to watch out for and how to avoid them.

According to the report from ABTA 53% of online holiday scams reported are from the sale of airline tickets. The scams involve booking a flight on a fake site and either receiving a fake ticket back or paying for a ticket that never arrives. The same types of scams happen when booking accommodation and package deals. The advice is to before handing over any money, check the web site address is legitimate. You can search online on how to do this.

Fraudsters can lure consumers away from trusted booking sites and request payment on a separate site. Often tempting people with a better rate if they pay on another platform. Never pay a private individual and never pay by bank transfer. The likelihood is you will never see your money again.

Amazing deals from emails or texts

Unsolicited promotional emails, pop-ups and other online adverts can often appear legit but will sometimes click-through to an unsafe or fake website. Low-resolution logos for well-known travel companies, trade associations or payment and card companies are a big giveaway. Some fake competition scams have also been known to defraud holidaymakers out of a fee to secure a holiday.

Scams relating to accommodation bookings were the second most common area according ABTA, accounting for a quarter of reported scams. This includes professional and convincing websites offering luxury villas for rent, often at a discounted rate. Some of these villas won’t even exist, but some will be real properties being offered by scammers without the owner’s knowledge, with Spain and France most commonly targeted. They often require you to pay a deposit, which travellers will never see again.

How to report an online scam

If you have been the victim of an online scam, or you suspect a company of being fraudulent, you can report it by contacting Action Fraud. You will receive a crime reference number, which can be helpful for reporting that you have been scammed to your bank. If you also report the fraud or suspected fraud to Citizens Advice, who pass on information to Trading Standards, it increases the chance of scammers being caught and stopped. Collect all the relevant information, including who you’ve been in contact with (names, numbers and addresses if you have them), why you’re suspicious, what information you’ve shared (such as passwords, pin number, or bank details), whether you’ve paid any money, and when and how you’ve paid.