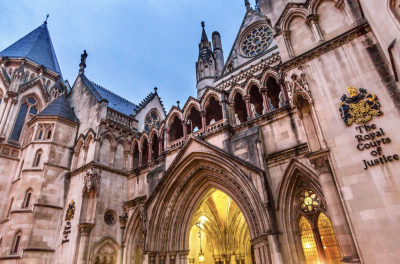 Mercantile Claims are representing a number of clients in relation to mis-sold timeshare contracts by Azure Resorts Ltd.

A number of our clients purchased timeshare products with Azure Resorts, which were funded by loan agreements arranged by the resort. The sales company which advised those clients to enter into sizeable and complex loan agreements was not regulated by the Financial Conduct Authority, rendering the loan agreements unenforceable.

Many clients were not provided the correct information when signing the loan agreements, some signed the contracts after enduring long, high-pressure and aggressive sales presentations. FCA guidelines are in place to ensure that when a person is entering into a contract, including finance agreements, a fully authorised and regulated person is available to explain it to them. This was not provided for our clients, possibly resulting in the finance as well as the timeshare being mis-sold.

The finance company, an extremely large lender in the UK, requested validation through the FCA concerning 1,444 Regulated Credit Agreements entered into between April 2014 and April 2016. The agreements, under which the total amount payable is currently around £47 million, are ‘borrower-lender-supplier’ agreements financing the acquisition of timeshare accommodation from a group of companies, known as Azure.

The FCA was advised by the finance company that the Regulated Agreements were brokered by an unauthorised broker, within Azure, known as Azure Services Limited, in breach of section 19 of the act. A Validation Order was granted by the FCA and affected consumers were provided with a copy. However, upon receipt of this, Mercantile Claims, along with other parties, disputed the provision of the validation order, given that the consumer detriment had not been considered at all.

On Tuesday 19 June, in the Upper Tribunal at the Royal Courts Of Justice, Tax and Chancery Division, Judge Timothy Herrington was asked to consider whether consumer detriment could be considered and the validation order revoked. The matter was adjourned for deliberation, a verdict is yet to be disclosed.

Mercantile Claims are to make further submissions to the FCA in relation to Azure and the finance company in question. Mercantile Claims believes that agreements affected are significantly greater than the 1,444 consumer credit agreements brought to the attention of the Financial Ombudsman Service.

Mercantile Claims are preparing a number of timeshare mis-selling cases, where the timeshare resort was not regulated by the FCA, for submission to the FCA’s internal investigation’s department. The consequence of finance agreements being administered by non-regulated companies is that the finance agreements are invalid and clients may be entitled to a remedy of recision and cease all payments and have all payments previously made returned.

If you have financed a timeshare using a third party finance arranged by the resort you may have a unenforceable agreement.

If you have purchased a timeshare contract with Azure Resorts then please contact Caroline on 0121 270 6266 or email: ct@mercantileclaims.com