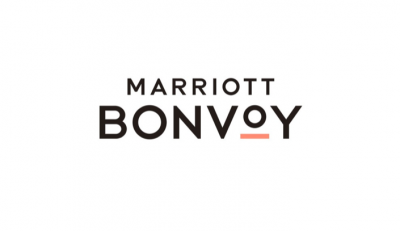 The Marriott Bonvoy rewards program was launched in February of this year, replacing it’s outdated version with a new improved website, app and parks. Bonvoy has combined loyalty programs including Marriott Rewards, The Ritz-Carlton Rewards and Starwood Preferred Guest (SPG).

The new Marriott Bonvoy rewards program has 125 million members, more than any other hotel loyalty scheme. The rewards program now offers six levels of membership, depending on how many nights you stay a year, depends on your level of membership. And the perks are pretty impressive too, from free nights, room upgrades, complimentary meals, private lounge access and exclusive events.

Global Chief Commercial Officer of Marriott International, Stephanie Linnartz said: “Marriott Bonvoy marks an evolution in travel because it represents more than a loyalty program. Marriott Bonvoy is a travel program designed to bring to life our extraordinary portfolio of global brands in 129 countries and territories, while also providing endless inspiration for members to keep travelling and pursuing their passions.”

However, despite all the publicity and promises, some customers have been left less than impressed, prompting Marriott Chief CEO to apologise for “frustrating it’s members”. Marriott International representatives acknowledged, via email, that the Bonvoy combined reward program has been facing problems, including members not being able to access their rewards or accounts. Marriott say they are investing in technology to fix the problems as quickly as possible, and also providing extra training for call centre workers.

Some members have been so disgruntled with the new Bonvoy program, that they have launched their own complaints website and named it Bonvoyed.com. The site provides unhappy Bonvoy members with a platform to air their grievances and voice their concerns. The site, which only went live last month, already has over seven hundred entries from unhappy customers.

The complaints range from issues with member status levels being downgraded without explanation, to customers being treated badly by customer service staff. Here are just some of the complaints from the website:

“I was treated like a nobody because with new program, my once gold status is no longer. I couldn’t get a late checkout.”

“There is no such thing as Elite anymore. No thank you at check in, no gift, no nothing. And the amount of points needed for a reward stay is ridiculous.”

“Missing night. Stayed for 2 nights but only got one night awarded. Asked for stay folio and it has been more than 2 months with no response.”

“Spent a week in an amazing neighbourhood where thank god there was free street parking because Gold doesn’t afford a parking spot. Breakfast was free the first day and then someone realised it shouldn’t actually be given to a gold status.”

Marriott representatives say they are taking member complaints seriously. A spokesperson for Marriott said: “We are actively fixing the issues and we are committed to getting it right for our members.” In October, Marriott Chief Executive Arne Sorenson described the problems with Bonvoy as “noise around the edges.” But as months passed without improvement, he acknowledged that the problems were frustrating members but promised the glitches would be ironed out quickly.