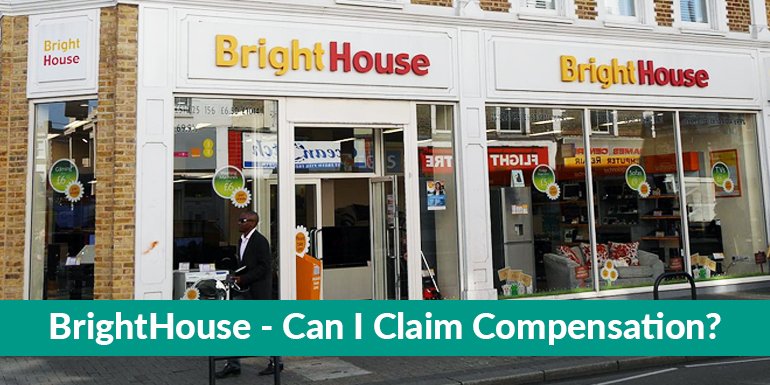 Weekly payment store BrightHouse (Trading name of Caversham Finance Ltd) has been told to pay out £14.8million in compensation and refunds after The Financial Conduct Authority (FCA) ruled that it had treated its customers unfairly.

The firm had agreed to pay 249,000 customers for unaffordable lending and payments which should have been refunded.

The Financial Conduct Authority said BrightHouse failed to be a ‘responsible lender’, and had not always delivered good outcomes for customers – particularly those at higher risk of falling into financial difficulty.

The Financial Conduct Authority said: “During the time in question, BrightHouse was not a responsible lender and failed to meet our expectations of firms in this sector. We are pleased that it has agreed to provide redress to those customers affected by these historic practices.

“This scheme continues our work with the rent-to-own sector to resolve the concerns we have previously identified.”

“Responsible lending and the fair treatment of consumers, especially those in financial difficulties or who are vulnerable, are key priorities for us.”

It’s not the first time Caversham Finance Ltd t/a Brighthouse have been in hot water. A total of 4 complaints were upheld against them and their adverts were subsequently banned for being misleading by the ASA (Advertising Standards Agency).

Complaints which were upheld:

Can I claim compensation?

The firm will pay out to customers in two sets of circumstances:

1) Customers whose circumstances have not been assessed properly at the beginning of the loan to determine whether they could afford it and may have had difficulty making payments. Customers who handed back the goods will be paid back the interest and fees charged under the agreement, plus compensatory interest of 8%.

2) Customers who made the first payment due under an agreement with the firm which was cancelled prior to the delivery of the goods. This first payment was not returned to all customers. BrightHouse will refund this first payment plus pay compensatory interest of 8%.