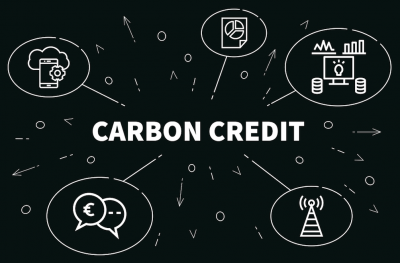 A man from Essex who lived a lavish lifestyle, has been jailed for eight years after mis-selling carbon credits to 130 victims in 2012 and 2013. He was found guilty of six counts of conspiracy to defraud and money laundering.

The police say victims received cold calls from apparent brokers through companies named as Harman Royce Ltd and Kendrick Zale Ltd, and were persuaded into investing in voluntary emission reductions. They targeted people living in affluent areas and were all aged 50 and over. Carbon Credits were charged at between £5.26 and £6.50 with victims loses totalling £1.5 million.

Police said in a statement: “The money paid into the Harman Royce bank account was used in many ways. This included paying staff wages and buying luxury items including an Aston Martin worth £33,000 and a £4,000 watch. Victims were told that they had to keep their investment in carbon credits for varying amounts of time, between four months and 10 years. They would then receive a contract note which detailed the investment sum and how many credits this reflected.”

What is a carbon credit scheme, and how do you avoid being scammed?

A carbon credit is a certificate or permit representing the right to emit one tonne of carbon dioxide (CO2). Carbon credits can be traded for money, however many investors have reported they can’t sell or trade their carbon credits and make any money from it.

An investor will usually be called out of the blue or receive an email, letter or word of mouth at a seminar or exhibition. They will be offered carbon credit certificates, voluntary emission reductions, certified emission reductions or an opportunity to directly invest in a Green Scheme. The organisation running the fraudulent scheme will offer certificates, but this certification is voluntary and is not recognised by any UK compensation scheme. Investors reported not being able to sell or trade their carbon credits, and have lost any money they invested, despite being promised high returns backed by the government.

Carbon credits are not regulated by the Financial Conduct Authority so if things go wrong you will not be able to seek redress from the Financial Ombudsman Service or the Financial Services Compensation Scheme, this means you have no right to compensation if something goes wrong. Carbon Credit schemes are usually based overseas so UK authorities have no way of controlling the quality or validity of the schemes. Always be wary if you are contacted out of the blue, pressured to invest quickly or promised returns that sound too good to be true.

If you think you may have been a victim of a scam, you can contact the Financial Conduct Authority or Action Fraud directly, you should do this straight away as fraudsters are more likely to target you again or sell your details to other criminals.