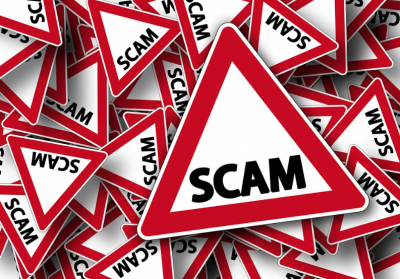 The charity commission has warned that scammers are taking advantage of the Covid-19 pandemic and charitable organisations need to be extra vigilant to protect themselves and their donors from becoming victims of fraud.

The charity regulator looked at the type of frauds that have been reported and warned that scams are preying on people’s concerns over the current pandemic and that scammers were finding new and innovative ways to commit fraud. They also say that most cases of fraud against charities are largely underreported, however, since the start of Covid-19 in March charities have reported £3.6 million in financial losses to fraud.

Another concern they are highlighting is that the increase in remote working has created a vulnerability and charities are slower to discover fraud when it happens. That along with charities increase in providing local community services make them more at risk to fraud. The commission has also reported an increase of reports of scammers using personal protective equipment to defraud local charities.

Incredibly, the commission has also reported that there has been an increase in insider fraud, whereby an individual working inside an organisation diverts funds or payments from a  charity account into their own personal bank account, there have even been reports of individuals selling equipment that was meant to be used for charities or donated to people who need it.

In a statement on their website, Chief Executive of the Charity Commission said: “We are seeing evidence that opportunists may be taking advantage of charities during the pandemic and I urge all charities to be extra vigilant against fraud. This comes at a time when charities are a lifeline for many people suffering from Covid-19. And the wider impacts of the pandemic – charities have been at the forefront of responding to the crisis, and many have also been placed under severe financial strain. As our country faces another challenging point in the crisis, we cannot afford for charitable work to be disrupted by criminals. When fraud hits charities, its impact is felt far beyond the balance sheet – it is people that are let down, often hard-working volunteers or people in desperate need. That is why I am urging all trustees to act now, to protect their charity’s valuable funds and assets.

“Charity brings immense value to society, not just through the good work charities do directly, but in its power to promote cohesion, well-being, and pride in our society. This is more important than ever, so the fact that there are those who wish to exploit public generosity and charitable endeavour for selfish, criminal purposes is appalling. Combating fraud is vital to giving people confidence that their money is safe and will go to the causes they care so deeply about.”

The regulator says that some simple checks and controls could deter fraudsters from targeting charities and protect much needed donations. It has issued the following advice to organisations: