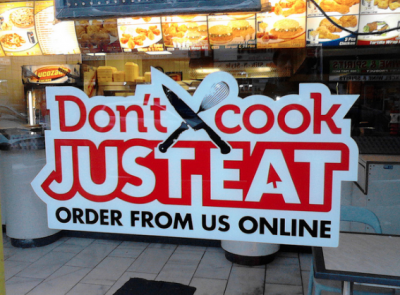 Just Eat is a food delivery service which allows you to order takeaways from a variety of thousands of outlets all over the UK. It has become a huge global business and is valued at more than £4 billion. The company, though, is facing questions over hygiene standards at some of the takeaways you can order from on their website.

In an investigation by the BBC, it found that some of the outlets they advertise on Just Eat have actually been given the lowest possible rating by the Food Standards Agency. The investigation found that, at one restaurant in particular, the local council had given the restaurant a 0 rating for their food hygiene practices, but on Just Eat they got 4 and a half stars. The reason that restaurant got a 0 rating was due to rats droppings in the kitchen, food incorrectly stored and a total lack of cleanliness. Quite shocking when you think you could of eaten food from there which could have, potentially, caused you or your family harm, based on a Just Eat recommendation.

This happens a lot, according to the investigation, which says that there are a lot of restaurants with a 0 rating from local councils, but a high customer review rating. Incredibly, the BBC investigation, focusing on Birmingham, found that 20 of the 31 rated 0 takeaways in the city are on Just Eat.

In statement Just Eat said: “We actively work to raise standards and now offer free accredited food hygiene training to any restaurant that signs up to our platform. Our restaurant compliance team will review, investigate and liaise with the relevant local authority”.

Campaigners say that it isn’t enough and they want the company to advertise takeaway food standards hygiene rating on their site. Just Eat have said they will be trialling this soon.

What to do if your take-away makes you sick.

When you eat out or get a takeaway it is important to note that you have rights as a consumer. You have a right to food that is safe and of a good quality; getting sick from that food is a breach of your rights. You should also consider taking further action to prevent others, who may be vulnerable, from getting sick by reporting them to the Food Standards Agency. If you think a restaurant or takeaway has given you food poisoning, they may have breached food safety standards and you could claim a refund or compensation. If you want to claim for compensation for the pain and suffering caused by food poisoning this will mean making a personal injury claim. This will mean you need to obtain evidence of your illness, and any evidence you may have to demonstrate that the food poisoning was caused by the restaurant or takeaway. It is important you take these steps required under the courts personal injury rules.

You can catch food poisoning if you eat something that has been contaminated. Food becomes contaminated is it isn’t cooked or reheated properly, if it isn’t stored correctly, or if it is handled by someone who’s ill or hasn’t washed their hands. Food poisoning is rarely serious and usually gets better within a week. You can normally treat yourself or your family member at home.