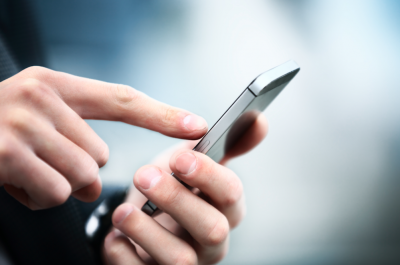 A London based tax returns company has been fined £200,000 by the Information Commissioner’s Office for sending 14.8 million marketing text messages between July 2016 and October 2017. The ICO began an investigation after receiving over 2,100 complaints from members of the public.

The company, named as Tax Returned Limited, did not follow the proper guidelines when contacting people. The ICO found that the company had not taken the reasonable steps to make sure the data complied with the Privacy and Electronic Communications Regulation, which requires a company or organisation obtains specific consent from people receiving the messages, prior to receiving them.

Tax Returned Limited did not send the messages itself, instead they used a third party service provider to send them on its behalf. The aim was to promote the company’s services and solicit new business. As Tax Returned Limited was the instigator of the direct marketing text messages, it was their responsibility to ensure that valid, albeit indirect, consent to send those messages had been obtained.

The firm claimed that some of the consents were received through generic third party consent forms found on privacy policy websites. The ICO found that the wording of the policies was not clear enough and neither Tax Returned Limited nor the third party service provider were listed on most of those privacy policies. The Commissioner’s direct marketing guidance says: “organisations need to be aware that indirect consent will not be enough for texts, emails or automated calls. This is because the rules on electronic marketing are stricter, to reflect the more intrusive nature of electronic messages.” The ICO report then goes on to say: The customer must have anticipated that their details would be passed to the organisation. This will depend on what exactly they were told when consent was obtained”. Consent cannot be ‘informed’ if individuals do not understand what they are consenting to. Organisations should therefore always ensure that language is clear, easy to understand, and not hidden away in a privacy policy or small print. The ICO concluded that Tax Returned Limited did not have the necessary valid consent to send over 14 million direct marketing messages, but also accepted that it is unlikely that actual damage was caused in this instance.

Steve Eckersley, ICO’s director of investigations, said: “Spam texts are a real nuisance to people across the country and this firm’s failure to follow the rules drove over 2,100 people to complain. Firms using third party marketing services need to double-check whether they have valid consent from people to send promotional text messages to them. Generic third party consent is also not enough and companies will be fined if they break the law.”

People can report nuisance calls, texts and emails at ico.org.uk. Spam texts can also be reported by forwarding them to 7726.

What to do if you receive a nuisance call or text.

What is a nuisance call or text message?

A nuisance call or cold-call is an unsolicited telephone call from a business seeking to attract new customers. Cold Calling is not illegal, however there are restrictions on how and when a marketing cold-call should be made. The new GDPR regulations along with the ICO’s Privacy and Electronic Communications Regulations tighten up these restrictions, and as from 25 May 2018, any organisation involved in cold calling will have to abide by strict guidelines or face hefty fines. The only instance where you can be lawfully cold-called is if you have given consent before being contacted.