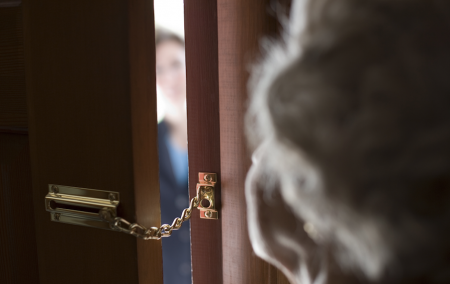 A Woman from Birmingham, who conned more than £20,000 from vulnerable people, has been jailed for 9 years. Derrol Flynn posed as a police officer to gain the confidence of her victims before stealing their cash. She had already been jailed multiple times for similar offences, stretching back 20 years.

Derrol Flynn starting cheating vulnerable people in and around Birmingham out of thousands of pounds when she was in her 20’s. She’s now 45, but will spend the next 9 years behind bars. Despite being released last January on license, halfway through an 8 year sentence for a string of distraction burglaries, she went straight back to her life of crime, stealing cash to fund her drug habit, even if it meant getting pushy and verbally aggressive with her victims. Flynn would pose as a police officer, often saying that she was a detective, and producing a fraudulent ID badge, described by police as a crude version of an identification card.

She was a master of persuasion. PC Alan Reeves of West Midlands Police said, “She would either say there has been a burglary in the area or some burglars were caught in your garden last night and I need to come in and speak with you about your cash and valuables in your house. She would then be asked to be let in and if that didn’t work she’d just walk in anyway. She would distract the person and whilst she distracted them she would take the money and be gone away.”

At Birmingham Crown Court, Flynn admitted her offences after police traced a car used in some of her crimes and arrested her at a house in Kits Green, Birmingham.

Flynn’s victims included one woman who was tricked into thinking she was part of an undercover police operation, handing over £11,000 in cash and loans and another woman was punched in the face after she challenged Flynn. Another victim, a 98 year old woman, a career for her 105 year old husband, had £6,000 stolen from their home. The money was stored in envelopes with their grandchildren’s names on, which the elderly couple had saved for them for a trip to Disneyland Paris.

Statements from some of the victims were read out in court, telling how their lives had been changed forever, many now too scared to answer their door, or even leave their house alone.

PC Alan Reeves appearing outside of court made a statement following the conviction, “Despicable woman committing despicable crimes against our most vulnerable in the communities, and the 9 year sentence handed down to her today is nothing less than she deserves.”

What to do if you suspect a Bogus Caller: