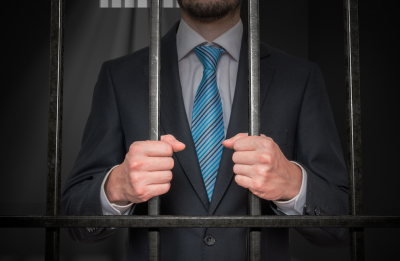 A prolific conman scammed over £50,000 from elderly victims in St Albans has been jailed for four and a half years.

Makis Koros, is a career criminal and has racked up over 60 convictions over the years. He tricked his victims, who were all over 90, to hand over their bank cards, personal information and pin numbers by poising as a female bank worker. He then swapped their legitimate cards with fake replicas. He used the information and cards to withdraw cash, purchase goods and make bank transfers. Police officers from the Serious Fraud and Cyber Unit were able to link Koros to the crimes, after identifying his involvement in a courier fraud scam they were investigating. They found Koros at the address being used to operate he courier scam and found three mobile phones used to contact victims, cash and a 40-page document with victims details.

Koros was charged with conspiracy to commit fraud by false representation and money laundering between February and April 2018. He plead guilty and has now been sentenced to four and a half years behind bars. Confiscation and proceeds of crime proceedings is continuing in court to try to recoup some of the stolen money for the victims of this crime.

Det Julian Griffiths lead investigator said: “Koros is a career fraudster with in excess of 60 convictions. His despicable behaviour has left both his elderly victims and their families absolutely devastated. I hope the fact he is now behind bars comes as some small comfort to them as they try to move on from what has happened.” He added: “We need people to help by spreading the word about their tactics to help prevent people falling victim to them.”

Knowing what to be on the lookout for when it comes to scams is one of the best ways to protect yourself.

1. Unsolicited or unexpected contact. If you have received any kind of contact, but particularly a phone call, out of the blue, it is best to avoid it.
2. Email address. If you get an email, expand the pane at the top of the message and see exactly who it has come from. If it is a scam, the email address the message has come from will be filled in with random numbers, or be misspelled.
3. If it sounds too good to be true, it usually is. This is something you normally find with pension or investment scams, where the fraudster guarantees you huge returns but tells you it is low risk.
4. Personal details, PIN codes and passwords. No legitimate company will ask you for this information.
5. Quick decisions. If you are pushed into making a decision on the spot, be suspicious. Scammers don’t want you to have time to think about it.
6. Random competitions, particularly if you don’t remember entering them, should ring alarm bells.