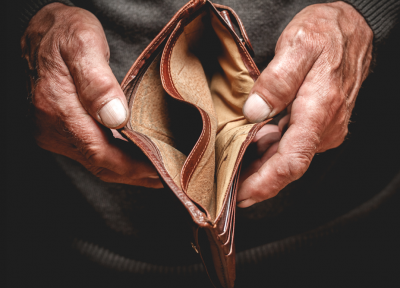 That’s exactly what happened to one family whose elderly parents were conned by someone they trusted. Syed Bukhari pretended to be ‘Gerry’ from the bank and went on to steal more than £350,000 of their lifesavings including their home.

Bukhari, 37, befriended the ex-merchant navy officer and his wife of 40 years by at first running errands for the pair. Both of the elderly couple suffered from dementia, however, despite this, they were enjoying their retirement and leading somewhat independent lives. They were first contacted by Bukhari, who called himself Gerry and posed as an employee from their bank. Around November of last year one of the couple’s children were alerted to the fact that they had got into a bit of financial difficulty, they visited their parents at home and discovered ‘Gerry’ had been taking advantage of their trust. “He was very very convincing, I spoke with him on the phone and he convinced me he was from the bank”.

It is a complicated story that involves many months of deceiving the couple in an elaborate and ruthless plot by Bukhari.  He coerced them into taking out loans and even sold their home after sifting through paperwork to find the property deeds. His plot began to unravel when a bank manager alerted community police and family to some suspicious activity. The couple however, remained completely trusting of Bukhari and when police community support officers visited them in their home, Bukhari told officers he was the couples adopted son.

The couple’s actual son, said “I’m spending two to three hours every day chasing the various financial institutions to keep them updated and try to get my parent’s money back. I feel angry towards him. It’s been hard listening to him trying to minimise what he has done in court. To an extent, dad’s condition has protected him because he doesn’t know what has happened. It’s me who has the sleepless nights”.

He became increasingly suspicious about their financial activity and visited Lloyds Bank with his concerns, this led him to contact the police who discovered their home had been sold without their knowledge by someone posing as their son.

The couple, who are in their eighties and have four children, had worked hard all their lives and saved to be comfortable in their retirement. Unknown to their children, Bukhari was cleverly sifting through their finances and stealing their life savings, opening credit cards and taking out loans in their names. He put their house up for sale and sold it for £50,000 less the property value to a quick sale property firm. The couple are still residing in the property, even though they no longer legally own it, whilst the family try to battle to save their parents’ home and recoup their stolen money.

During the seven months Bukhari stole a total of £350,000 from the couple. He spent the money on lavish holidays, flash cars and even hair implants. He pled guilty in court and was jailed for seven years and 11 months.

How can you protect your loved ones ?

Protecting your elderly parent’s money can be a significant help to them, especially if it is something they worry about. It can emotionally and financially relieve a great deal of stress and uncertainty. The good news is, you don’t have to be an accountant or finance expert, day to day finances could involve paying utility bills, collecting a pension or paying home help services. It is important, as your loved one grows older and maybe experiencing some health problems, to establish who they are communicating with and what they are doing with their money. If you have any concerns, talk to their bank, and the police if you need to. If you need to deal with the bank on their behalf, they will need to contact their branch and ask for a third party mandate, this will allow you to fully access their account information.