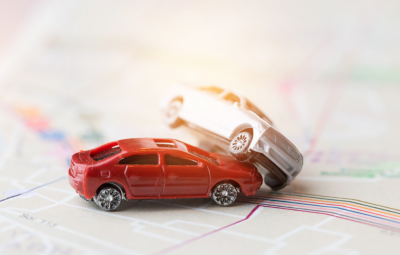 A colossal crash for cash scam, which netted £2 million for its ringleaders, has seen more than 150 people convicted for submitting bogus claims.

The full scale of the fraud can now be revealed, as the final 3 defendants in the case have been convicted. All of the parties involved have either admitted or been convicted of the conspiracy to defraud.

What is Crash for Cash?

The car in front of you slams on their brakes for no reason, leaving you with no time to react and resulting in you hitting them. Another example is where a driver flashes their lights at a junction, signalling to let you out, but instead crashes into you deliberately.

The other driver will insist the accident is your fault. The scammer will then hand over their insurance details – sometimes already prepared and written down.

They choose their victims carefully. People who are more likely to be fully insured, mothers with children in the car who will be distracted and the elderly who are less likely to make a fuss, all tend to be favoured targets.

The people involved in this case ran the scheme between 2011 and 2016, and managed to go unnoticed for so long, due to the sheer number of people they managed to rope into it. They staged accidents, so they could submit bogus claims and exaggerated insurance compensation.

The case was held at Newport Crown Court, and heard how many of the ‘Victims’ of collisions had been seen by the same doctor, who diagnosed them with Whiplash, situational anxiety and other car crash related injuries.

Gwent Police, senior investigating officer, Steve Maloney Said: “The investigation has bought people to justice for their criminal activity but has also assisted our partners in the insurance industry, to prevent future offences of this nature going undetected”.

This case has seen 81 fraudsters sentenced to a total of 601 months in jail. It will also help police identify future Crash for Cash cases.

If you have been in an accident and you are suspicious, make sure you take the following steps:

Do not admit liability.
Make notes of what happened, take photos if you can.
Insist on calling the police, this will deter a potential fraudster.
If you feel the circumstances are suspicious, report it straight away to your insurance company.
Report the incident to the Insurance Fraud Bureau.