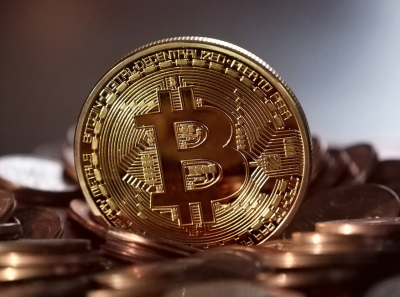 Action Fraud, The Financial Conduct Authority and Government ministers have all warned of the dangers of cryptocurrency and how dangerous the lack of regulation in the market is. Statistics released by Action Fraud show that in June and July, victims reported losing an average of £10,000 per person, with 203 reports made to the regulator and a loss combined of over £2 million.

Warren Buffett, one of the most successful investors of all time and currently the third richest person in the world, is also renowned for making reliable market predictions has voiced his concerns about the sustainability of Cryptocurrency and has warned that it will come to a bad end.

So what is Cryptocurrency and how does it work?

Pounds, Euros and Dollars are all currencies we are familiar with, but Cryptocurrency is very different. There are currently 1,600 types of Cryptocurrency, which all operate completely separately from the normal banking system. When you buy something using Cryptocurrency, the banks don’t handle the payment. In fact, they have nothing to do with it. The most common and well known is Bitcoin. Bitcoin became famous for the huge profits it yielded. In 2011, a person investing £50 would now be more than £1 million better off.

The staggering rise in the value of many cryptocurrencies has driven some people to take huge risks. But with all cryptocurrencies, the value rises and falls. If you invested £50 last December it would only be worth £20 today. These recent price crashes has prompted some banks to react and highlight the governments shortfall in cryptocurrency regulation. At the beginning of 2018, Lloyds Bank banned all Cryptocurrency transactions from being made on their credit cards.

Whilst banks act as a trusted provider for customers, Cryptocurrency doesn’t use a bank. Instead, it distributes many, many copies of your available balance all over the world to virtual bookkeepers. Each owner of each copy, records every transaction. So there is no way a fraudulent transaction can make its way through. These bookkeepers are not actual people, they are computers and a lot of them working together, known as Blockchain. By design, Blockchain is resistant to modification of the data. It is an open distributed ledger that records transactions between two parties efficiently and in a verifiable, permanent way. The reason it is so reliable is that it is impossible to alter one transaction for purpose of fraud without all the other records being altered. This information is distributed across the whole Blockchain and fraudulent activity is automatically blocked.

This huge rise in Cryptocurrency and its demand has paved the way for scammers to take advantage of its popularity and UK consumers are being increasingly targeted by Cryptocurrency related investment scams. Fraudsters are cold-calling victims and using social media platforms to advertise get rich quick investments in mining and trading cryptocurrencies. Fraudsters will convince victims to sign up to cryptocurrency investment websites and to part with their personal details such as credit card details and driving licences to open a trading account. The victim will then make an initial minimum deposit, after which the fraudster will call them to persuade them to invest again in order to achieve a greater profit. In some cases, victims have realised that they have been defrauded, but only after the website has been deactivated and the suspects can no longer be contacted.