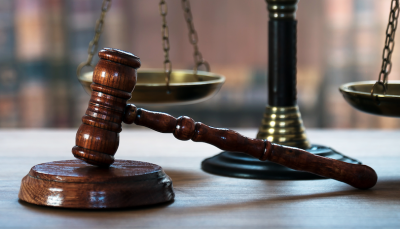 Diamond Resorts and CEO Mike Flaskey are not ones to keep quiet when it come to their customers and making sure they expose companies who try to take advantage of owners who are desperately seeking a way out of their timeshare burdens. They are often in the headlines taking companies to task in the courts for their illegal activities and fraudulent behaviour, and unfortunately many times they are correct, there are far too many companies working without the correct authority and regulations to legitimately act on behalf of consumers who have sought a way out of their timeshare contracts when the resorts themselves refused to help them. These people have then gone on to be scammed sometimes for many thousands of pounds, which can be devastating as in the majority of cases these very victims are elderly or already vulnerable and may be suffering financial hardship because of their timeshare.

In this case Diamond has taken Carlsbad Law Group to court for, what they say, has been a nationwide scam concocted by the company to trick consumers into paying hundreds of thousands of dollars. Diamond says the firm actively sought out timeshare owners and lured them into believing they could terminate their timeshares for a large upfront fee. In some cases, Diamond says consumers paid exorbitant fees exceeding $100,000 and they have evidence of this and statements from dozens of the firms victims.

In statements some of the victims explained how the company strung them along for months on end, made them pay large fees using credit cards, refused to refund money when they previously promised to do so and when questioned simply stopped replying to phone calls and emails. As a result of this company’s activities, Diamond says many customers defaulted on their loan repayments and maintenance fees to Diamond which resulted in them seeing their credit score plummet. Diamond will continue with its case against Carlsbad Law Group, CEO Mike Flaskey said in a statement: “It is absolutely despicable to hear how vacation owners have been scammed by these nefarious companies. We will continue to do everything in our power to protect our members from being misled by these companies and will aggressively pursue every avenue to hold these companies to account.”

Too many scam timeshares companies:

Unfortunately, timeshare does not have a good reputation which has only got worse over the years, and this attracts the attention of scam artists who know there is a market for people who are desperate to get out of their timeshare burdens. Diamond Resorts often target scam companies and are correct to do so as companies that are clearly defrauding people should be stopped and prosecuted. These frauds prey on people’s weaknesses and desperation and in many cases, people have been scammed out of huge amounts of money which can have a devastating impact on a person. It makes knowing who to trust when it comes to anything timeshare very difficult and understandably, owners are often confused about what to do when it comes to exiting a timeshare. Perhaps if the resorts themselves looked at the way they treated people who had genuine reasons for wanting to end their contracts and acted with more compassion and understanding, fraudulent companies and scammers would not have a market in which they can so freely find people in which to victimise and con out of their cash.