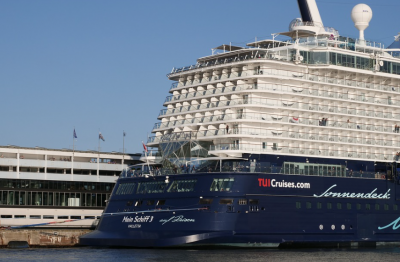 Tui told passengers, forced to endure a nightmare start to their holiday, ‘go to your insurer’ rather than claim compensation through Tui.

The travel operator is accused of denying passengers their rights by not informing them that under The Package Travel Regulations, tour operators are required to pay compensation when a holiday is not delivered as promised. Instead of following the regulations, Tui handed passengers a simple letter apologising for the delay, and advised them to claim compensation through their insurance company.

Furthermore, under European Air Passengers rights, rules specifically stipulate airlines provide disrupted passengers information about their entitlement. Tui should of informed their passengers they were owed £350 in cash compensation for the flight delay, and a refund for the day and a half of the cruise they missed.

99 passengers found themselves stranded at Newcastle airport when they should already of been onboard the cruise liner on it’s way to Mallorca. The flight was due to fly out at 3pm but did not leave until midnight, the cruise ship had already departed when they finally arrived.

Unfortunately, the disruption continued when instead of flying the passengers direct to Girona, the closest location to where the ship would dock, Tui flew them to Palma first to Palma first where they arrived at 3am. Passengers were then required to line up and check in again for a 6 am flight to Barcelona. Incredibly, they then had to endure a two hour bus journey before finally boarding the ship halfway through the second day.

A spokesperson for Tui told the independent: “We’d like to sincerely apologise to customers on board flight TOM1628 on 25 May which was delayed due to operational issues. Customers on this flight are entitled to compensation in line with regulations and should have been provided with a leaflet when they arrived at the airport with information regarding this. We are investigating why this didn’t happen on this occasion. We will be in contact with all affected customers to apologise and arrange their compensation and offer a gesture of goodwill. We know delays can be very frustrating and we would like to thank all customers for their patience.”