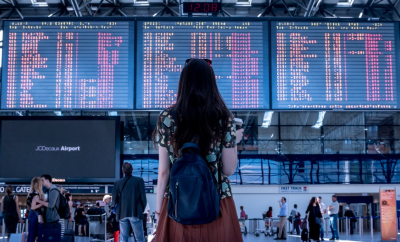 As EasyJet heads into the summer season sales have fallen, and the airline is warning that uncertainty over Brexit is stopping passengers from flying.

Shares in the budget airline have fallen by 8%, and EasyJet say this is because of uncertainty over Brexit which has caused a dip in the sale of seats. EasyJet say that customer demand for ticket sales over the next six months, including the summer season is unexpectedly low.

Johan Lundgren, EasyJet Chief Executive said: “For the second half we are seeing softness in both the UK and Europe, which we believe comes from macroeconomic uncertainty and many unanswered questions surrounding Brexit, which are together driving weaker customer demand.”

The airline has said it expects to make a loss of around £275 million for the first half of the year, but also faces a further £45 million loss due to higher fuel bills and a weaker currency. In light of this warning, rival airlines Ryanair, British Airways and Iberia have also seen their shares drop and are expected to publish losses. Thomas Cook and TUI have also suffered from the impact of Brexit, and are suffering from a drop in the number of people booking holidays.

The news comes after a bad start to the year with several big airlines ceasing operations. Only last week, Wow Air collapsed and grounded all flights leaving passengers stranded all over the world. Primera Air abruptly ceased operations and announced bankruptcy after experiencing delays in plane deliveries. Last month, Flybmi also shut down without notice, citing fuel costs and uncertainty over how it would operate in the aftermath of Brexit.

Despite the cautious outlook, EasyJet said its revenue per seat would be slightly higher in the second half of the year, while cost per seat would remain low. EasyJet have also planned ahead for Brexit by establishing their headquarters in Vienna. This will enable EasyJet to continue to operate flights both across the EU and domestically within EU countries regardless of the Brexit outcome. EasyJet Chief Executive, Johan Lundgren said the airline was operationally well prepared for Brexit: “Whatever happens, we’ll be flying as usual.”

Brexit: How will it affect holidays to Europe?

While the political uncertainty continues, everyday life continues and that includes making holiday plans. We still don’t when Britain will leave the EU and if we will leave with or without a deal. If we leave with a deal, there will be a transition period until 2020, meaning nothing much will change before then. If there is no deal, then there will be a lot more uncertainty.

So is it safe to book a holiday? The Association of British Travel Agents (Abta), which offers advice to travellers and represents travel agents and tour operators, advises: “Even in a no-deal scenario, the European Commission has said flights to and from the UK will still be able to operate.”

It says that those who book a package holiday with a UK-based travel company will have “the most comprehensive consumer protection” as they will continue to be covered by Package Travel Regulations, which entitle them to a full refund if the holiday cannot be provided.

“The best way to protect your holiday is to book a package. It is the travel provider’s responsibility to make sure your holiday is provided and to offer an alternative or refund if it cannot be delivered,” Abta says.

And as for travelling by plane, the government has said that “flights should continue” as they do today, if there is no deal, adding: “Both the UK and EU want flights to continue without any disruption.”