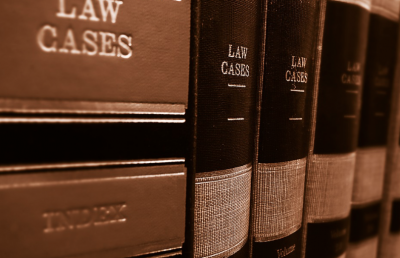 An elderly couple in the US have issued legal proceedings against Wyndham Destinations, for allegations of fraud and deceptive business practices.

The couple who are in their 70’s, claim that Wyndham sales representatives made multiple false and misleading statements, coercing them into signing up to a timeshare contract.

The elderly couple attended the sales meeting with Wyndham in 2018, but decided to take notes of the conversation between themselves and sales representatives. During the meeting, the couple were told how they would benefit from timeshare ownership, but they later learned this was all untrue.

They purchased 400,000 Wyndham holiday points for a staggering $58,000 but were told this would provide them with 2 to 4 months consecutive months annually. Sales staff told the couple they could use their resort points to book stays in hotels, however, they failed to inform them that there would be fees associated in doing so. In fact, they were told there would be no additional fees at all and everything was included.

The couple also later learned that despite what they had been told by Wyndham sales reps, they would have to pay $22 a day to park at the resort. Something they had specifically asked about as they were on a fixed pensioners income and could not afford these additional costs.

As soon as they learned of the misrepresentations, the couple lodged an official complaint with Wyndham. Despite this Wyndham have yet to respond to the complaint in full and the couple have now started legal proceedings as a result. The only response from Wyndham so far has been to deny any refund of money paid to the timeshare giant.

The US has strict rules regarding the mis-selling of financial products to elderly people. If the couple decide to pursue a claim of elder abuse, this could be most problematic for the resort to argue against. Elder Abuse is a single, or repeated act, or lack of appropriate action within any relationship where there is an expectation of trust, which causes harm or distress to an older person.

The law is clear on how companies are expected to treat elderly people, but timeshare resorts tend to ignore this. They continually engage in targeting them, trying to upsell them more holiday products and keep them locked in contracts in perpetuity. Hundreds and thousands of complaints are made to governmental bodies each year about the fraudulent and deceptive sales practices of resorts. Despite this, resorts continue to do very little to clean up their sales process, or to compensate their members for the damages they have suffered.

Selling timeshare to the elderly is a highly questionable practice. Firstly, holiday points have no intrinsic value because they cannot be re-sold. Making memberships sold at high prices worthless on the resale market. Points are intentionally confusing and misleading, however a timeshare sales representative will say the value comes in using it. Selling holiday points to someone who is running our of time and will never recoup any of the money spent, is not only unethical but also a practice which should be eradicated altogether.