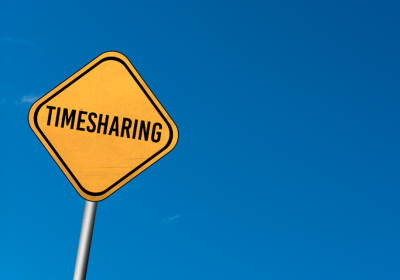 Another Timeshare scam from the US, this time targeting elderly owners, desperate to end their contracts.

The Better Business Bureau has issued yet another warning about timeshare exit companies, stating the number of complaints they receive is escalating. They say the problem is so bad that in St Louis alone they received more than 350 complaints from timeshare owners around the US about exit firms operating in their state.

In one case, a retired gentleman from Florida found himself falling victim to one of these scams, when he was cold-called one day by a timeshare exit firm claiming to work alongside Wyndham resorts. The caller invited him to a Wyndham members update meeting to learn about new member benefits, they also told him he would receive a free dinner and an iPad for attending.

What followed was quite shocking, when he got to the meeting he learned that it was actually being held by a timeshare exit firm and not Wyndham Resorts. The sales representatives proceeded to tell him how they could help him get out of his timeshare, and if he did not take up their offer the timeshare debt would be passed on to his two children. This is something which frightened the elderly man and he agreed to pay the firms $25,000 fee there and then. He explained how the sales people did such a good job at scaring him, he felt panicked and purchased their exit policy.

However months following the purchase, he was alarmed that he had not heard anything about his timeshare termination from this company. He contacted them repeatedly and still no-one responded. He decided to try to cancel and get his money back, but the company told him it was too late to cancel as he had passed the 5 day cooling off period. Unfortunately for this elderly gentleman, he has lost his money but still owns the timeshare.

This is just one of many cases the Better Business Bureau is highlighting to timeshare owners across the US, especially elderly people. Timeshare exit scams are very common and with more than 9.6 million households owning some sort of timeshare or holiday product, scammers have a massive market to target. Timeshare exit companies charge upfront fees ranging anything from $2,000 to $20,000 and promise consumers a money back guarantee. But by the time the owner realises they are being scammed, the companies have closed down or gone bankrupt taking the money with them and leaving people still locked in their timeshare contracts.