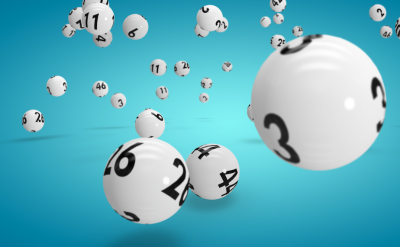 Scammers posing as EuroMillions winners Fred and Lesley Higgins have been offering victims a share of their jackpot. The couple were horrified to learn that they were being used as pawns by fraudsters after they won £58 million. The scammers have been sending emails to people across the UK claiming they have been specially chosen to receive a £1 million donation from the lottery winners.

The Couple from Aberdeenshire, insist the messages have nothing to do with them and blasted the scammers for hijacking their names. Former accounts worker Lesley said: “It’s just horrific. They are finding more and more devious ways to worm into people’s bank accounts. I just feel sad that the world has come to this. A friend of a friend of our daughter told us about it. Having worked in an environment where I had to instruct staff to be careful when emails came in I’m aware this kind of thing happens. We want to set up a charity but not this.”

The couple added that police and Camelot security were now investigating the matter. One email, claiming to be from fredhigs@charity.net, reads: “My wife and I won the Euro Millions Lottery of £58 Million and we have voluntarily decided to donate One Million Euros each, to you and 4 other individuals as part of our own charity project. If you received our email, kindly send us the below details so that we can have your EUR 1,000,000.00 (One Million Euros) transferred to you.” It asks people to reply with their full names, age, address, occupation, country and mobile number.

A National Lottery spokesman said: “We urge people to remember that if something looks too good to be true, it probably is.”

Chief Inspector Scott Tees added: “This is a variation on a theme. Police Scotland publishes advice on its website on how people can keep safe online.”

Fraudsters use increasingly sophisticated tactics to persuade people to hand over money by using fake credentials and contacting people through websites made to appear legitimate as well as through social media. More than £190,000 a day is lost in the UK by victims of cyber-crime, police statistics show. More than a third of victims in that period fell prey to the hacking of social media and email accounts.

Action Fraud said £34.6m was reported to be stolen from victims between April and September 2018, a 24% increase on the previous six months. The City of London Police, which runs Action Fraud, has warned people to keep separate passwords for online accounts. The figures show 13,357 people in the UK reported cyber-crimes over six months. More than 5,000 of those people were hacked via their social media and email accounts, costing victims £14.8m.

1. Never respond to any emails, text messages, letter or social media that look suspicious, or that have bad spelling or grammar.

3. If someone you have never met before asks you for money, do not give them any and report it.

4. Always question uninvited contact. This is relevant whether it is on the doorstep, over the phone, by post or online. Always contact the company directly  yourself.

5. Never automatically click on a link in an unexpected text or email. Make sure you use a strong password, and change them regularly.

6. Trust your instincts, if you feel at all wary or suspicious, you’re probably right.