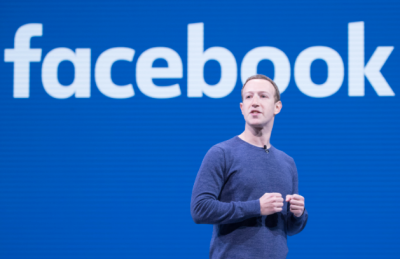 Facebook founder, Mark Zuckerberg, has published an opinion piece in The Washington Post outlining the four ways he thinks new regulations could improve the internet, and better protect people.

Zuckerberg is calling for governments and social media sites to properly police harmful content, election integrity, privacy and data portability. He is calling for expanded privacy regulation, echoing the statements made by Apple CEO Tim Cook.

Zuckerberg says the United States should adopt similar regulation laws like the EU’s GDPR, giving users greater protection and choice over what happens to their data.

“Effective Privacy and data protection needs a globally harmonized framework. People around the world have called for comprehensive privacy regulation in line with the European Union’s General Data Protection Regulation, and I agree. I believe It would be good for the internet if more countries adopted regulation such as GDPR as a common framework.

Zuckerberg also says that a global framework will make it easier to manage universal regulation, as opposed to guidelines that vary by country. “Technology is a major part of our lives, and companies such as Facebook have immense responsibilities. Every day, we make decisions about what speech is harmful, what constitutes political advertising, and how to prevent sophisticated cyberattacks. These are important for keeping our community safe. But, if we were starting from scratch, we wouldn’t ask companies to make these judgments alone.”

The UK’s Information Commissioner, Ms Denham, in response to Zuckerberg’s article, has asked him to show he means what he says and drop his appeal against the £500,000 fine imposed on Facebook following the Cambridge Analytica Scandal.

The Information Commissioner said: “In light of Mark Zuckerberg’s statements over the weekend about the need for increased regulation across four areas, including privacy, I expect Facebook to review their current appeal against the ICO’s £500,000 fine – the maximum available under the old rules, for contravening UK privacy laws.”

On 27 November 2018, Ms Denham told the International Grand Committee that her office had fined Facebook because it failed to respect people’s privacy in line with basic data protection laws. Laws that have been around in the UK for over 30 years. Ms Denham said that the fine was “pretty basic data protection, notice and transparency and control and the release of users’ profile information without their knowledge and consent.”