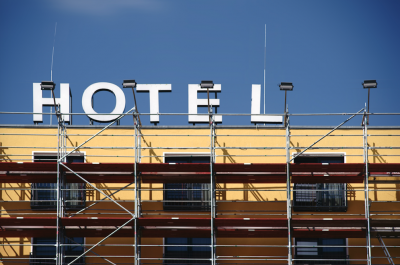 A family who booked a £3,000 Tui holiday arrived to find hotel is a building site.

The holiday which was booked through Tui travel and cost the family £3,000 was advertised as a 4 star refurbished hotel, but when they arrived found it was actually a construction site.

The four star SuneoClub hotel in Lloret de Mar on the Costa Brava, was under construction with lots of machinery everywhere and piles of dirt.

Some guests were so upset with the state of the hotel they flew straight home. Harry Cousins told the Mirror: “It is an absolute shambles. We have never known anything like it. There are cranes moving pieces of metal into the water park and builders walking through the swimming pool area with hammers doing work on the slides.”

One holiday maker had even emailed the hotel before they arrived to make sure work on the hotel had been completed. Another family who spent £2,600 on a two week break and wanted to treat themselves to a luxury holiday to celebrate a recent recovery to health. Liam Stuart, had just recovered from a stroke he told the Mirror: “The hotel looks nothing like the pictures on the website. There are walls where plasterboard is hanging off and plaster all over the floor. It’s just an absolute building site.”

The couple were forced to move to another hotel, and are demanding Tui refund them. The couple say that Tui even doctored photos of the hotel on it’s website to trick people into paying to holiday there.

In a statement Tui said: “We are really sorry some holidays have been affected by ongoing construction work. This is due to be completed before customers arrived but due to unforeseen circumstances there was still significant disruption. We provided them with alternatives including moving to an alternative resort, receiving compensation or flying home. A small number of customers chose to fly home and will receive a full refund.”