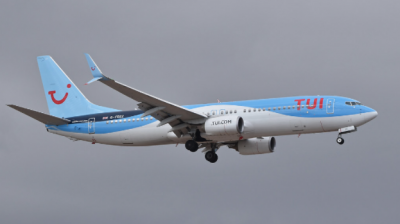 A grandmother who paid for her family to visit Egypt, is left waiting for answers as Tui refuse to refund their nightmare holiday.

The family of five from Devon were looking forward to their ‘special treat’ a luxury five-star all-inclusive holiday to Egypt. But things quickly took a turn for the worse when the family’s teenage daughter was rushed to hospital with food poisoning. Mrs Tucker, the 80-year-old grandmother, who funded the nightmare holiday, requested a refund from the operator. Her requests were ignored, apart from an initial unsatisfactory response from Tui, stating that lots of people get ill abroad.

Mrs Tucker’s great granddaughter was 18 at the time, and whilst staying at the Hotel Jaz Aquamarine, had to be rushed to hospital where she was diagnosed with gastroenteritis. But this was far from the only problems the family encountered on their ‘Luxury Tui holiday’. Mrs Tucker spoke to Devon Live and said: “I treated my granddaughter, her fiancée and three youngsters to a week in Egypt. This hotel was recommended by Tui in the Guildhall in Exeter, it was a disaster.”

Mrs Tucker explained how she herself has had many enjoyable holidays with Tui and felt comfortable using the operator again to send her family on holiday. She continued: “I am lucky that I can afford it, I would rather they have some fun than wait until after I’m gone. I wanted to treat them to a break, but it was horrendous.”

Aside from the sickness bug, the family experienced problems with the accommodation, unacceptable for a 5-star resort. Mrs Tucker continued: “I booked it as a family holiday and asked for adjoining rooms. The travel agents said they couldn’t guarantee that, which I understand. But they put them in 2 separate blocks, 10 minutes away from each other.

After the family complained, the hotel then moved them to a family room, but the family room was short a bed for one of the children. The family were shocked when staff supplied them with a rusty, old iron bed. “But the worst thing was the food. They said it was terrible. Quite often they said it wasn’t warmed through properly and apparently there were uncovered electric wires on the food serving table. We fully realise that their treatment at Hurghada is not of the standard one expects from a reputable travel agent. It was disgusting, not just the conditions at the hotel, but even worse has been the customer service since they got home.”

After making several complaints the family gave up trying to get answers from Tui. They say it is now a year on and they still have not received a penny in compensation following their ordeal. A spokesperson for Tui told Devon Live: “We are sorry to hear about Miss Harris and her family’s experience in Egypt. We are currently investigating this and will be in contact with her to resolve this matter.”

What to do if you have a genuine claim for holiday sickness?

The following hygiene measures will help reduce your risk of catching a sickness bug abroad: