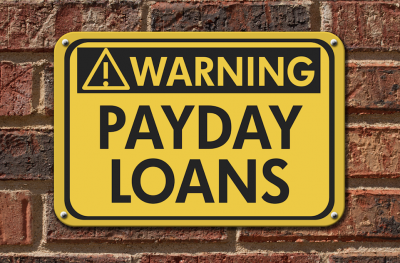 Payday lenders are being told to proactively compensate former customers, even if it threatens the company with bankruptcy. The regulator is setting out how firms should respond to a surge in complaints over unaffordable lending. It comes after the collapse of Wonga in August, the payday lender famous for its extortionate interest rates. Industry representatives have hit back, complaining that regulators have failed to address the epidemic of bogus claims which could cause the closure of the remaining payday lender companies. They have asked the FCA to consider whether it is fair and reasonable to expect payday lenders to compensate customers who have not actually complained or sought compensation, but have had complaints bought on their behalf and without their knowledge by unscrupulous, possibly fraudulent, companies.

New rules concerning high cost lending came into place in 2015 and forced companies to cut fees and introduce stricter affordability tests. Since then, more than 100 firms, including Cash Genie, ceased trading after a cap of 0.8% daily interest limit was enforced by the FCA. Despite these stricter rules, customers still ended up paying back more money than they had expected.

Payday loans are short-term loans for small amounts of money. They are available from high street shops and internet sites. Payday loans can be easy to get, but interest rates are very high. There may be other ways for you to sort out your short-term money problem, so think about the alternatives before you borrow from a payday lender.

If you still want to take out a payday loan make sure you shop around for the best deal. Online payday lenders must publish their deals on at least 1 price comparison website, so you can compare their deal with others. The price comparison site must be regulated by the Financial Conduct Authority.

When you apply for a loan, before lending you any money a lender should check whether you’ll be able to pay it back. This means that, for example, the lender should check you’ve got enough money coming in each month to be able pay the loan back. Remember, always seek advice before enetering into any agreement with a company.

As the regulator continues to clamp down on payday lending companies, we are sure to see more closures of firms that cannot address the issues of fair lending to customers. Payday loan customers are often vulnerable and desperate at the time of taking out the loan and may find it incredibly difficult to pay back, which is why the FCA are continuing to tightly regulate the industry.

The FCA said payday lenders must consider the “severity of the consumer detriment that might have arisen” from loans granted in the past, and consider whether they should begin a “redress or remediation exercise, which may include contacting customers who have not complained.”