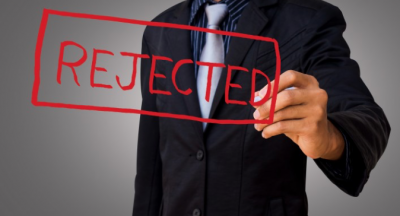 In their latest newsletter, the Financial Ombudsman Service (FOS) has warned banks to treat victims of financial fraud more fairly, instead of assuming the victim was grossly negligent and to blame.

FOS see thousands of complaints from customers, who have had money stolen from their accounts, and assesses cases where the bank and customer both say they are not responsible for the loss.

Often victims have had their life savings stolen in sophisticated scams and to make matters worse, the banks often refuse to reimburse their customers when this happens. As state-of-art scams become more prevalent and more convincing, the financial regulator is warning banks against assuming customers were negligent and liable for any money they lost to fraud. They want banks to consider the sophistication of scammers and the tactics they employ when investigating cases of fraud. Banks regularly claim to FOS that they are not liable for money lost, as victims acted with gross negligence. The amount of cases like these FOS are investigating and the ever changing way in which scammers operate, has prompted the watchdog to say: “There is a very high bar for being grossly negligent, and this is far more than just being careless”. If banks want to reject a fraud or scam victim’s claim, they will need to provide evidence of gross negligence, so the regulator can recreate the scene to make a fair judgement.

As the scams have become increasingly sophisticated, it is more difficult for people to spot and the Ombudsman has seen a 17% increase in complaints from last year, prompting the service to hold banks more accountable and deal with customers more fairly, so cases can be settled before reaching FOS.

In their latest report, FOS gives the example of a scam where fraudsters were cold-calling people claiming to be from the Financial Ombudsman Service. The scammers had even hacked the phone system to show FOS’s correct number on the caller ID. FOS explained that they never cold call people and will never ask for a payment.

Caroline Wayman FOS Chief Exec said: “ Each year we see more than 8,000 cases of fraud and scams, everything from disputed cash withdrawals and identity theft, through to mobile phone SIM-swaps and fake banking websites. Where criminals are involved, both banks and their customers often tell us in strong terms that they haven’t done anything wrong”.

“It’s not fair to automatically call a customer grossly negligent simply because they’ve fallen for a scam. That’s especially true in light of the sophisticated way criminals exploit banks security systems and convince customers that their money is at risk. We often remind banks that they need to support what they’re saying with facts. And if they can’t do that, it’s likely we’ll tell them to cover the money their customer has lost”.

FOS have been accused in the past of favouring the banks over customers, so this as an unusual stance from FOS who may finally be putting the interests of victim’s first and holding the banks to account.

So what count’s as gross negligence ?
Gross negligence should only be ruled if someone makes a conscious and voluntary decision about making a payment  i.e. they weren’t tricked or socially engineered by a fraudster. The other factor is whether the victim is aware of a clear risk in what they are doing. For example, they wrote their Pin number on a piece of paper, then put that in their wallet next to their bank card.

Despite FOS warning banks they can’t simply say every scam victim was grossly negligent to avoid paying out, they have also highlighted how customers can further protect themselves. Knowing what to be on the lookout for when it comes to scams is one of the best ways to protect yourself.

1. Unsolicited or unexpected contact. If you have received any kind of contact, but particularly a phone call, out of the blue, it is best to avoid it.
2. Email address. If you get an email, expand the pane at the top of the message and see exactly who it has come from. If it is a scam, the email address the messagehas come from will be filled in with random numbers, or be misspelled.
3. If it sounds too good to be true, it usually is. This is something you normally find with pension or investment scams, where the fraudster guarantees you huge returns, but tells you it is low risk.
4. Personal details, PIN codes and passwords. No legitimate company will ask you for this information.
5. Quick decisions. If you are pushed into making a decision on the spot, be suspicious. Scammers don’t want you to have time to think about it.
6. Random competitions, particularly if you don’t remember entering them, should ring alarm bells.