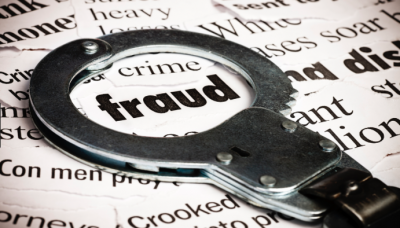 Five men have been jailed for a total of nearly 18 years, following a criminal prosecution by the Financial Conduct Authority. They have been found guilty of scamming more than 170 victims out of £2.8 million, in a complex boiler room scam.

The judge said “Some victims lost everything they had” and “their stories were at times positively heart-breaking.” He added that elderly people had been specifically targeted.

The scammers persuaded victims to purchase shares in a company that owned land, on the island of Madeira. The five men ran the scheme for around 4 years and told investors that the value of the shares would increase substantially, when permission to build 20 villas was granted. Investors in the scheme were promised returns of between 125% and 228%, none of which was ever paid to any investors.

Mark Steward, executive director of enforcement and market oversight at the FCA said: “These fraudsters callously targeted investors who were often elderly and vulnerable, lying to them to get them to part with significant sums of money. Despite efforts to conceal and destroy evidence, the FCA, in one of its largest ever investigations, was able to ensure that these criminals faced justice and ended up behind bars”.

The FCA dubbed the investigation ‘Operation Tidworth’ and is one of the biggest cases they have ever bought to trial, involving a massive amount of evidence, which included :
4 separate search operations
Seizure of over 100 computers
4 million documents
142 witnesses and 287 witness statements
3,682 exhibits

What is Investment Fraud ?
You may get a cold call from someone pretending to offer you the opportunity to invest in a variety of schemes or products, that are either worthless or don’t even exist. It is also known as share sale fraud, hedge fund fraud, land banking fraud or bond fraud. The majority of these frauds are run out of offices, known as boiler rooms.

2. Don’t give out your bank account details or sensitive information.

3. Boiler room investments mostly target people over 65. If you suspect you, a family member or friend is being targeted, contact your local authority, police or action fraud immediately.