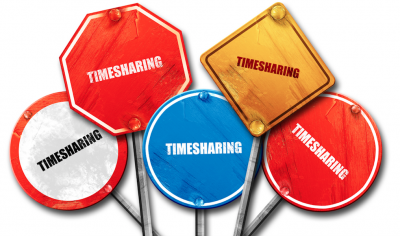 A 37 year old man from Orlando, Florida stands accused of running a nationwide, fraudulent Timeshare scheme from his apartment.

David Jolly has been charged with swindling nearly $90,000. Victims say they thought he was selling their Timeshares, but it was all an elaborate hoax.

Jolly is currently being held in jail, as he could not afford the $60,000 bail bond to be released until his hearing. In the US, when a defendant is arrested and charged, a court will set a dollar amount, known as a bail bond. This is required so as to prevent criminals fleeing before they can face trial.

Investigators is the case say they have found 13 of his victims, but actually believe there may be as many as 24. Prosecutors believe Jolly posed as a legitimate real estate agent, but, in fact, an investigation uncovered 35 deposits from 24 individuals into his account, totalling $88,350.51.

Jolly claimed he was selling his victims Timeshares for them, promising returns which are simply unachievable in the current Timeshare re-sale market.

Michael Wolbert from New Jersey was one of his victims. He purchased a Timeshare in Kissimmee, Florida in 2001, but later decided to sell it. He received a call from Jolly in 2015. “He was on Better Business Bureau with an A+ rating, so it seemed legit to me at the time”. Wolbert deposited $6,663.00 into Jolly’s account for the services before he realised it was a hoax. “I could have paid off bills, I also could’ve went on vacations I haven’t been able to go on. I mean I got a grandchild and a kid in college”.

Another victim is an 81 year old from Wyomissing, Pennsylvania. He stated that, in August 2015, he received a phone call from a subject identifying himself as Nick Felton. Investigators say this was actually David Jolly who offered to buy the 81 year old’s Timeshare for $24,000, but before he could purchase it, the victim would need to send him a payment of $13,514 for closing fees. Once the Victim received the fake ‘Timeshare Sale Agreement’ contract in the post, he transferred the amount to Jolly.

Investigators with the U.S Postal Service and Orange County Sheriff’s office tracked the transactions which led to Jolly’s arrest. Last week, he was finally arrested and charged with 2 felonies.