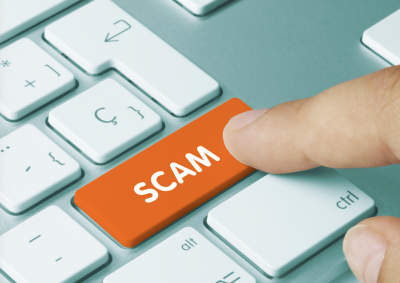 Two brothers from Birmingham have been jailed for running a fraudulent investment scam, that targeted elderly and vulnerable people.

The two men from the West Midlands have each been handed a one year sentence after a long investigation by The City of London Police. The investigation, which began in 2012 following reports made to Action Fraud by victims, found 350 vulnerable and elderly people had been scammed out of a combined total of £6.2 million.

The investigation discovered that the 2 men had set up 3 investment companies based in London. Victims were cold called by Bric Global, who told people they could benefit from a unique investment opportunity called Voluntary Carbon Credit Investments (VERs). The brokers claimed they could double or even triple the money within 6 to 18 months. However, when victims asked for their VER’s to be sold, company employees did everything they could to not return any money to victims. Employees were instructed by management to delay and obstruct any sale or return of funds. Victims were told they had to wait for the right time to make a bulk sale or were pressured into buying more credits, which would make their portfolios more attractive to investors.

In 2012, police conducted a raid on the company at an address in London, however, they found the building to be empty as the building manager had instructed employees of Bric Global to vacate the offices due to inappropriate behavour and unpaid rent. Despite the offices to be empty of staff, police were able to seize computers and documents showing that brokers used false names and a script called ‘The Bible’ which was used by staff to manipulate victims into investing.

During this search, officers also found documents and correspondence relating to Rare Earth Commodities. The evidence showed that some victims had also been encouraged by Bric Global staff to further invest in an apparently new profitable commodity, ‘rare metals’ from mid-2012. Many victims also invested significant funds in this commodity through Rare Earth Commodities believing that again they would make profits in a short period of time. On 26 November 2012, Craig Brooks visited a bank in order to close the Bric Global account and withdraw the money from it. He was stopped by Fraud Squad’s officers as he left the bank and the bankers draft was seized.

Both men pleaded guilty to engaging in a misleading commercial practice on 2 May 2019 at Birmingham Crown Court. Two offences of conspiracy to defraud will remain on their files. A total of £500,000 has been recovered by police, and a further £300,000 in assets has been identified and ordered to be paid over immediately. All of this money will be used to repay the victims of the half-brother’s crimes.

Under the Proceeds of Crime Act, Craig and Marvin Brooks will be liable for life for the remainder of the victims’ losses, or until the full amount, plus interest is repaid.

Detective Sergeant Marek Coghill of the City of London Police’s Fraud Squad said: “This was an extensive investigation reflected in the sheer number of victims who fell prey to the Brooks brothers’ manipulation. The financial loss to over 350 victims in this case is substantial, but the toll that this type of cynical and indiscriminate crime can take is far greater. These offences are not victimless crimes. They target elderly and infirm members of the public, many of whom are often vulnerable.”

Action Fraud and The Financial Conduct Authority have reported a sharp rise in investment scams. The warning comes after a series of investment scams carried out via bogus trading platforms during 2018/19 have cost victims a total of £27 million.

Don’t assume it’s real – professional-looking websites, adverts or social media posts don’t always mean that an investment opportunity is genuine. Criminals can use the names of well-known brands or individuals to make their scams appear legitimate.

Stay in control – avoid uninvited investment offers whether made on social media or over the phone. If you’re thinking about making an investment, thoroughly research the company first and consider getting independent advice.

Make the right checks – Firms providing regulated financial services must be authorised by the FCA. You can check whether they are authorised on the FCA’s Register. Use the contact details on the Register, not the details the firm gives you, to avoid ‘clones’.

Every report matters – If you have been a victim of fraud or cyber-crime, report it to Action Fraud.