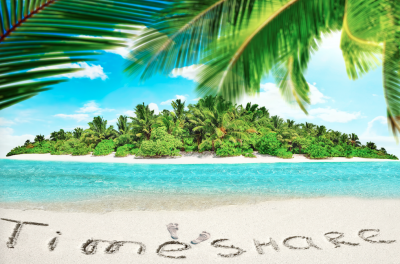 Back in 2017 Mr and Mrs Bunton were called by CLC world and told they had won a free night in a hotel. The offer was very appealing as it was a short drive to a luxury hotel in Cheltenham. They agreed to accept their ‘prize’ and very much enjoyed their stay at the hotel, however, the following morning they were shocked when they were forced to sit through a long presentation about holiday points membership. The hard sell lasted from 10 am to 4pm that day, incredibly they managed to resist the pressure and not sign up to the scheme on the day.

At the end of the presentation they left with a free week stay in Spain which they decided to take. They took the holiday a few months later and were very happy with the hotel and accommodation, which they described as ‘Top notch’.

When they had relaxed for a few days they were invited to go to a breakfast presentation at the hotel head offices and this is where, yet another hard sell started. Various agents came in and out of the meeting with different prices and offers. They continued to resist the timeshare sales pitch, but the agents did not give up. At the end of the hard sell they had signed up to an 18-year fractional ownership holiday scheme contract. All though there was no upfront fee for this, once they had signed up, they had actually taken out a loan agreement with Shawbrook bank. So, they had then entered into a contract and obliged to pay £380 a month, for the next 18 years! This would entitle them to one week’s holiday every year at a choice of destinations.

They went again to the resort the following year, where they were again put through a hard sell. They were told during this that their membership had changed, and they were now in a holiday points club membership and they needed to upgrade. This would cost them an additional £100 a month and they had no other option but to agree to it.

The following year they attempted to book a cruise, as this was promised as part of their new upgraded membership package. What they had not realised, or been told, was that they had to pay an additional cost for this, which after all the information they were bombarded with at the lengthy sales pitches, came as quite a shock. ­­

After much thought and discussion the couple, who are now approaching retirement, decided to contact the resort and try to cancel their membership as they felt the holiday product they now had was not the one they had signed up for or was promised to them. In fact, they felt as if they had been mis-sold this product completely as they were not able to access the types of holidays they wanted and were being charged additional money to do so. To make matters worse they were still also required to pay the annual maintenance fees.

It will be of no surprise to read that the resort was very obstructive and offered no exit scheme to the couple, instead they tried to upsell them further. It was at this point they reached out to Mercantile Claims after being recommended our services buy a past client and friend.

If they had not reached out to us, they would be continuing to pay the resort a whopping £5,760 a year for their membership, plus the annual maintenance fees. This sort of cost is just not acceptable, for a product, which is not as promised, difficult to use and frankly not cost effective when you compare to package holidays.

If this story sounds familiar to you, get in touch with us today! Do not delay, our expert legally trained team can look through your options with you and help you to be free to holiday whenever and wherever you want without being tied down.