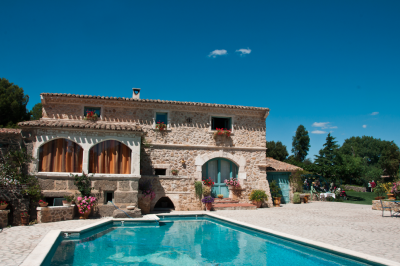 A dream holiday turned into a nightmare for one family who arrived at their villa to find they hadn’t actually rented it out.

A family from Kent arrived in the Med this Easter to find that their transport which they had booked through the holiday website did not turn up and alarm bells started to ring. They tried to contact the holiday company and no one answered the call.

After arranging alternative transport they arrived at the Luxury villa with private pool, for which they had paid thousands of pounds, only to find the owner of the villa who knew nothing about the booking. The owner of the villa did not even rent it out and owned it exclusively for his personal use. He was shocked when the family showed him pictures of his property listed on the fake website.

The family, who reported the devastating ordeal to the Mirror newspaper, explained how they were left in shock as they arrived at the Villa in Majorca. “My wife burst into tears. The owner was shocked by the website. They had reviews and even pictures of the interior of his house. They had even gone as far as to fake Trustpilot reviews.”

The owner of the villa kindly let the family of seven stay for the evening and they eventually managed to book alternative accommodation. But the whole ordeal has left them over £2,000 out of pocket. Police on the island have said they are investigating the case, but this is just one of a string of properties offered by fraudulent websites selling fake holidays on the Island of Majorca. Authorities are warning everyone that the problem is far more widespread than anyone imagines, as many cases go unreported. It is estimated that last year alone over 6,000 British holidaymakers lost over £7 Million to fraudulent holiday scams.

Millions are lost each year by tourists falling victim to increasingly sophisticated scammers. And whilst holidaymakers looking to get some sun during the holiday season, seek out cheap deals and offers, many are finding the property they have paid for does not exist and the company they booked it through has disappeared.

Scams have become more and more sophisticated, with fraudsters now advertising fake websites with authentic sounding names. Details of legitimate villas and accommodation are often stolen from other sites and advertised on fake ones. Scammers target popular destinations, such as Tenerife and Ibiza. Prices are kept within reasonable ranges to avoid looking suspicious. Scammers also invest in pay per click advertising, meaning links to their sites appear in search engines, people often click on these assuming they are legitimate advertisements.

Action Fraud says people should ensure the company renting the villa is a member of a recognised trade body such as ABTA. If you are asked to pay by bank transfer, this is a huge red flag. It’s hard to track the payment and likely you will never see this money again.

Victims are being cold called by fraudsters claiming to work for travel companies. Action Fraud say the fraudsters are using new tactics to gain the trust of victims. Intelligence suggests they appear to know that the victim has recently searched for flights online. This may be because the victim has filled in their contact details when searching for flights on unknowingly bogus websites, these bogus sites record and store the victims personal details. The victim is then cold-called and offered a substantially lower price then they were quoted online, proving too good an offer to refuse.

After paying for their flights, victims have reported to Action Fraud, they received a confirmation email, but after making further enquiries with the airline discovered their bookings do not exist. When victims attempt to contact the fraudulent company they find That all contact has been severed.

Action Fraud are advising the following:

Action Fraud is urging people to be wary of unsolicited calls, emails and texts offering questionably good deals on flights. Remember, if it sounds too good to be true, it probably is.

If you’re purchasing tickets from a company you don’t know and trust, carry out some research first, such as searching the company’s name on the ABTA and ATOL databases. You can also ask friends or family for advice before you make a purchase.

Avoid paying for tickets by bank transfer as it offers you little protection if you become a victim of fraud. Instead, use a credit card or payment services such as PayPal.

Never reveal any personal or financial details as a result of an unsolicited call, email or text. Even if someone knows your basic details (such as your name and contact details), it doesn’t mean they are genuine.

Head of Action Fraud, Pauline Smith, Said: “We see holiday and flight related frauds at peak times throughout the year, but this type of fraud is different. By contacting people who have recently searched for flights online, the fraudsters are able to gain the victim’s trust much more quickly. It’s essential that people check with ABTA and ATOL before using a flight ticket website or broker to make sure the site is legitimately authorised.”