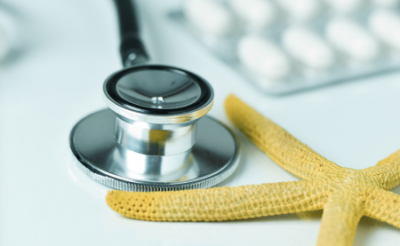 Travel industry launched a merciless legal fightback after epidemic of false sickness claims by Brits, has cost hoteliers hundreds of millions of pounds.

The problem has become so out of control the travel industry even threatened to end the all-inclusive package holiday for Brits wishing to book them.

A 500% increase in sickness claims between 2013 and 2016 by British holidaymakers prompted the revolt by hoteliers, who threatened to withdraw the all-inclusive package from the UK market.

The surge in claims is blamed on rogue claims management companies who tout for business in tourist hotspots and also cold-call holidaymakers once they arrive home. Claims management companies have been encouraging tourists to seek holiday sickness compensation, stating most claims would go unchallenged by the tourist operator, as they would be unlikely to challenge cases in court due to the potential of spiralling legal costs.

Some of these rogue claims management firms were even suggesting holidaymakers produce a photo of a receipt for diarrhoea and sickness tablets, stating that would be enough to launch a claim. The government estimated the tourist industry has paid out at least £240 million, with one hotel group solely forking out £42 million, all to avoid being embroiled in a legal battle.

This prompted Justice Minister Rory Stewart to outline the problem and call for a halt to fraudulent claims. He said for those who are encouraged to make false sickness claims, should be aware that they are committing fraud. “This damages the travel industry and risks driving up costs for holidaymakers. This behaviour also tarnishes the reputation of British people abroad. This is why we are introducing measures to crack down on those who engage in this dishonest practice”.

The travel industry also hit back at engaging in a legal fightback ahead of this summer’s holiday season. Instead of upholding the vast majority of claims to avoid legal action, they are rejecting claims that are obviously fraudulent and downright absurd.

Mark hudson, head of counter fraud at Horwich Farrelly, who help a number of travel companies contest claims, estimates that the travel companies they represent have paid out on only 60 of the 2,500 claims handled by the firm. “Most of these people were not ill anyway, many didn’t even know the claims were being bought on their behalf”.

The unprecedented increase in claims was deemed ‘out of control‘ by government and prompted the Solicitors Regulation Authority to issue a warning notice to law firms working with claims companies, that if they engage in fraudulent activity they will be investigated. Too date, there are around a dozen law firms under investigation.

The couple were the first people to be prosecuted and jailed, for 15 months, in a landmark case. Judge David Aubrey QC told the pair in court, “Those who may be tempted in the future to make dishonest claims in relation to fake holiday sickness, if they are investigated and bought to justice, whatever the circumstances of an individual, he or she must expect to receive an immediate custodial sentence”.

After intense lobbying from the travel industry, the government has now introduced a law limiting the costs firms can command for making holiday sickness claims, this will significantly reduce the amount of claims proceeding and hopefully save the package holiday from being taken away from British tourists.

What to do if you have a genuine claim!