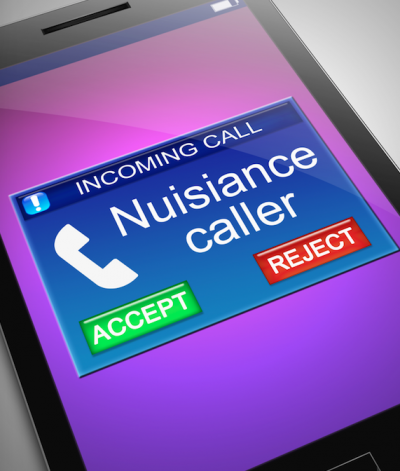 Two firms have been fined heavily by the Information Commissioner’s Office for sending more than 2.7 million nuisance text messages during the pandemic and triggering a record-breaking number of complaints.

One company based in West Sussex has been fined £250,000 for sending more than 2.6 million spam text messages to customers who had not given their consent for the company to contact them. Something which is now against the law under General Data Protection Regulation, which strictly stipulate a company is required to gain prior consent before contacting people and failure to do so could mean companies face fines from the ICO. The company sent out texts asking people if they wanted to earn extra money during lockdown. But all the consistent texts seemed to do was irritate people which prompted a record number of complaints to the ICO, who have now also issued the company with an enforcement notice which orders the company to stop sending unlawful text messages.

Head of investigations at the ICO, Andy Curry said in a statement on their website: “The number of complaints we’ve had from members of the public who have been affected in this case far exceeds any we’ve seen to date, showing just how annoyed and frustrated people were by these messages. Lead works Ltd sought to capitalise on the pandemic by sending a significant number of unwanted text messages relating to, and directly referencing, lockdown when the population was at its most vulnerable.”

In a separate matter, the ICO has also fined Valca Vehicle Ltd, based in Manchester for sending nuisance marketing texts to people during the pandemic. Valca is a lead generation company that work in the financial sector and sent texts to people asking if they were suffering financially because of the pandemic.

The ICO investigated Valca Vehicle Ltd after receiving complaints from the public and found the company had sent more than 95,000 text messages from June to July 2020, again without gaining peoples permission to do so. The ICO took the position that the company were trying to capitalise on the pandemic and people’s desperate financial positions they might have found themselves in because if it. The company based in Manchester has been fined £80,000 and ordered to stop sending messages to people in an enforcement notice.

What is a nuisance call?

A nuisance call or cold call is an unsolicited telephone call from a business seeking to attract new customers. Cold Calling is not illegal, however, there are restrictions on how and when a marketing cold calls should be made. The new GDPR regulations along with the ICO’s Privacy and Electronic Communications Regulations tighten up these restrictions, and as from 25 May 2018, any organisation involved in cold calling will have to abide by strict guidelines or face hefty fines. The only instance where you can be lawfully cold called is if you have given consent before being contacted.

You can also log a complaint with the ICO here: ico.org.uk/concerns