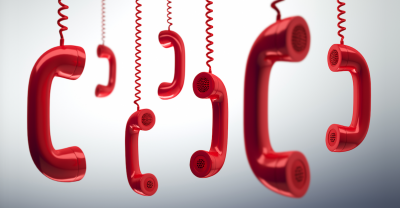 In a statement, the ICO said it had issued an Enforcement Notice to the company, ordering it to stop its illegal marketing activity.

Our Vault had been cold-calling people who had previously registered with the Telephone Preference Service (TPS) and had not consented to being contacted by Our Vault.

Our Vault claimed that all their personal data was checked against the register. However, following an investigation by the ICO, Our Vault were found to have never requested a TPS license. A TPS license gives businesses access to customer information, who have used the TPS service. It is available for businesses who are running on an ongoing basis, high volume, nationwide campaigns.  A Full Annual Licence entitles the purchaser unlimited access to the full TPS data file via website download for the period of the licence. The data file is updated on a daily basis via the TPS website.

The ICO also stated that the calls were made to sell financial products of a sister company, ST&R Limited, under the guise of market research.

The unsolicited calls were made between 1 March 2016 and 16 June 2016. Our Vault were fined £70k and handed an Enforcement Notice, to cease and desist from illegal telemarketing practices.

In a separate ICO investigation, Horizon Windows were found to have made 104 unsolicited marketing calls to people registered with the TPS, between January 2016 and January 2017.

The ICO did not fine Horizon Windows on this occasion, but did issue the company an Enforcement notice.

Steve Eckersley, Head of Enforcement at ICO said: “Both of these firms have shown disrespect for the law and people’s privacy. Our Vault LTD made more than 55,500 direct marketing calls to people who had made clear that they did not want to receive them. This is unacceptable and it is against the law. In one instance, a gentleman was contacted 19 times, despite letting them know he wasn’t interested. We continue to target the companies and individuals responsible and hold them to account, but we can’t crack down on these organisations without the public’s help. I’d urge anyone who has been targeted by nuisance calls, emails or texts, to report them to the ICO”.

Total complaints to the ICO and Ofcom about nuisance calls have fallen for a second year in a row, by 22% since 2016 and by 28% since volumes peaked in 2015. This is due to the heavier fines and enforcement powers of the ICO. This trend is set to continue with the introduction of GDPR and much heavier fines the ICO has authority to issue.

About the TPS:
The Telephone Preference Service (TPS) is a free service. It is the official central opt out register on which you can record your preference not to receive unsolicited sales or marketing calls. It is a legal requirement that all organisations (including charities, voluntary organisations and political parties) do not make such calls to numbers registered on the TPS unless they have your consent to do so.

You can register with TPS here: https://www.tpsonline.org.uk/tps/number_type.html